The Internet of Things (IoT) has been making waves in the worlds of both technology and business for a number of years now. According to Gartner, by 2020 there will be upwards of 12 billion smart devices installed and connected by consumers alone, four times the amount we see today. Across both consumer and enterprise markets, Gartner estimate that there will be over 20 billion devices in use, this would give the IoT market a valuation of roughly $3 trillion.

In business those who make the first move into these bold new areas are typically the ones who benefit the most. By utilising new technologies, companies are able to gain an edge over the competition though there are often teething problems that come with this.

Colin I‘Anson, HPE’s EMEA Chief Technologist, told CBR: “You’ve got to know in early adoption how your business is going to benefit, if you can see it then you suddenly get first mover advantage.

Numerous companies have been able to utilise IoT technologies to make cost savings, or vastly increase productivity. One such company, Kaeser Compressors, worked with HPE and SAP to utilise IoT to monitor their pumps with predictive analytics. This allowed Kaeser to more accurately ascertain which spare parts would be needed and when. This allowed them to save upwards of $10 million and reduce their failure rate by 60%.

However, IoT is not the catch all Deus Ex Machina that some people have come to view it as. Eventually the IoT early adopters stage will end and then more iterations must be made in order to retain that competitive edge. Kaeser did this and took their project one step further by offering to sell compressed air by the litre, essential becoming a compressed air as a service company.

This move by Kaeser radically changed the business at both ends, as clients knew they would be paying on a consumption basis and Kaeser could use their insights to retire pumps with a higher failure rate whilst still being paid by the litre. This took away a great cost associated with their business.

Kaeser’s success story is just one of many, but these creative solutions are the key to building successful IoT focused business models. Early adoption is one thing but to come up with what works specifically best for that business is critical, and this is not the only problem facing IoT early adopters.

“For many people it’s a journey into the unknown, a new experiment.”

The idea of a new frontier can be off putting but HPE Aruba estimate that by 2019 as many as 85% of businesses will have introduced some kind of IoT application, and that more than 75% have already done so. However, Aruba also discovered that whilst a huge 98% of IT decision makers said they understood IoT, most were not clear on the definition or what it means for their businesses. 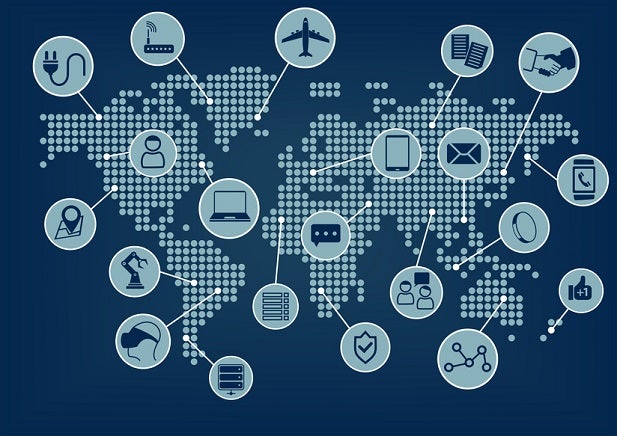 In a similar vein, there are frequent occasions in which a company does have an idea of what they want to do, but they lack the ability to do it themselves. I’Anson spoke of a large warehouse in which a primary concern was assuring that everybody made it safely outside in the case of a fire alarm, as a physical count can only be so accurate.

However, the company did not realise that the tracking devices used by employees to receive orders could be utilised by harnessing their device signature to ensure that any employees were safely outside of the building. When implemented this solution offers a much greater assurance that the building is empty or that emergency service don’t have to take any unnecessary risks.

I’Anson said: “I think the ability to open people’s imagination and help them understand is one of the most critical things in the business that we’re in, to try and help them. These have got to be line of business customers who have a real problem in their environment that they’re looking to see solved.”

“The whole process becomes really easy if we can stimulate people’s imaginations.”

Another problem often faced by IoT early adopters is that they often struggle to determine which pieces of the data collected are actually of use to them. Former US Secretary of State Colin Powell, argued that humans make the best decisions when we have between 40-70% of the information available, and intuition will help make the right decision.

I’Anson said: “This can occur in manufacturing environments, you get so carried away being able to measure everything and the amount of data you get back turns into a fog. Then you’ve got no way of working your way through it because one problem probably sends ten measurements at the same time. You need then, to understand which is the right one.”

IoT early adopters can often think that the amount of data collected is what will help them achieve their end goal, but in actual fact it is how the data is used. If a manufacturing plant received a notification for every little thing then it can cause what is known as analysis paralysis. Analysis paralysis is the phenomenon of analysing data to the point that no effective action is ever taken, or is taken too late to be of use.

The general practice in this kind of data measurement is to ascertain which key figures are should be actively tracked, whilst caching the rest elsewhere. This ensures that in the event of a problem or failure, the stats behind these key figures can then be analysed to identify the root of the problem if necessary.

Much like over-measuring, businesses can also take automation to extremes far past the point that it needs to be. Automation is designed to increase efficiency but over-automation actually causes inefficiencies and other negative effects.

I’Anson said: “Too much in the IoT world is expecting it to be total automation. There are truly skilled people and knowledgeable people out there who can actually help you. If you can help them it improves the process.”

“This greatly enhances efficiency and practicality, if businesses can take care of their maintenance without having to bring in a man in a white van to help them, employees are going to feel a lot more fulfilled in their job, both saving money and increasing efficiency.”

IoT is steadily progressing out of the early adopter phase and will soon be common practice, but as I’Anson has warned there are several common trappings that businesses fall into. It’s important that companies fully understand what this IoT transformation can do for them, and the solutions that will benefit them the most. The more creative and use case specific these applications become, the more likely they are to progress through the IoT early adopters phase and gain a keen competitive edge.