Over the past 50 years, plastic pollution in the world’s oceans has become an ecological disaster. Eight million tonnes of plastic ends up in the oceans every year, according to the International Union for the Conservation of Nature (IUCN). This has a devastating impact on marine life, on human health, and on coastal communities that rely on the ocean for their livelihoods.

Addressing this crisis requires both practical intervention, to remove the plastic already in the oceans, and systemic change to ensure it is not replaced. NGOs and start-ups are using advances in machine intelligence on both fronts: operating autonomous seacraft to detect and remove plastic waste, and machine learning to understand how it flows from cities to the oceans.

Several projects are exploring the use of uncrewed surface vessels (USVs) to detect and remove plastic waste while collecting data about its distribution.

Project CLAIM, a partnership between the Hellenic Centre for Marine Research and marine hardware company New Naval, is building a network of drones that will remove plastics from the river mouths and seas surrounding Europe. 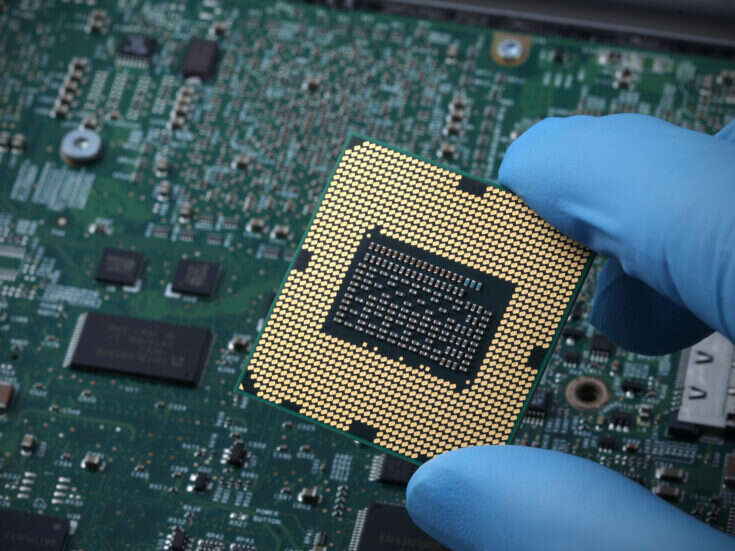 Does the Ministry of Defence need a quantum computer?

An automated filtering system for marine macro and microplastic litter created by the HCMR and New Naval. (Photo courtesy of CLAIM)

The vessels will apply several novel technologies to capture and safely destroy both micro and macro plastics. As they go, they will collect data about the distribution of plastic pollution and its impact on water quality.

“The project will facilitate better governance of the issue of marine litter, by providing tools such as new models and concentration maps to give insights on the distribution of microplastics and macroplastics, and the scenarios to determine the efficiency of the devices,” says George Triantafyllou, research director at Hellenic Centre for Marine Research’s Institute for Oceanography.

A pilot project will be finished within the next two years, after which it will be available to port authorities in Europe to use in plastic pollution hotspots such as the British Channel and the Aegean Sea.

Clear Blue Sea, an NGO focused on addressing water pollution, is developing a system called FRED, or Floating Robot for Eliminating Debris. Like Project CLAIM, FRED collects data on the distribution of plastic as collects items of waste from the ocean.

The prototype system uses machine learning to identify and collect items of plastic pollution. Due to launch in San Diego’s Mission Bay imminently, the project is currently on the hunt for training data with which to develop this capability.

“There’s not that much data from a robot boat’s perspective to be able to identify plastic and drive to it,” explains operations manager Zane Allen. “Our software development team is working on collecting pictures at a high quality as well as whatever plastic we come across or debris we come across.”

Algorithm that can see marine plastics

Using machine learning to recognise plastic is also helping to reduce plastic pollution even before it reaches the ocean. To understand where the pollution originates, and how it is carried from cities into the oceans, the German Research Centre for Artificial Intelligence (DFKI) has developed an algorithm to identify plastic pollution in photographs and video footage of rivers taken by flying drones.

The APLASTIC-Q algorithm can distinguish particular kinds of plastic waste, such as bottles, bags and ropes, and determine the density of masses of accumulated waste. It combines two convolutional neural networks – a machine-learning technique prevalent in image recognition – to identify and then classify plastic objects, explains project leader Mattis Wolf.

“The algorithm processes the images in a two-step mechanism that classifies the image tiles into pollutant classes. For example, is a pollutant object present in this tile or not? Then the second convolutional neural network comes into play and analyzes these specific pollutant tiles again into pollutant types, meaning plastic bottles, plastic bags, textiles and so on.”

Digital innovations that track different types of plastic pollution can be a “powerful tool to use in discussion and engagement with governments,” says Delphine Arri, senior environmental engineer and marine plastics expert at the World Bank.

This combination of robotic automation and image analysis could prove vital in the fight to rescue the oceans from our plastic.