Whether it is in our personal lives or throughout the working week, people expect there to be a seamless digital experience.

That means without disruption, using the tools and services that are needed 24/7 365 days a year. Recent downtime and outages for some of the biggest cloud players such as AWS, Microsoft Azure, Google have shone a light on just how much we rely upon these services to go about our day.

The WannaCry attacks are the latest in alarming examples of how poorly many businesses are prepared for cyber attack. With over 230,000 computers across 150 countries and organisations such as the NHS crippled.

While the biggest takeaways from the attacks will likely be to highlight the weaknesses in the defences of many organisations, or certainly the lack of awareness of threats, there should be attention paid to the importance of backups.

Read more: NSA, Microsoft, North Korea or YOU: Who’s to blame for WannaCry?

The potential damage caused both financially and in terms of reputation is perhaps one of the reasons why Veeam, a backup, disaster recovery and virualisation management specialist has had such success over the past 10 years.

It has taken the company just 10 years to reach revenue of between $700-800m, a figure that’s only surpassed by the likes of Salesforce and Workday, and it’s had 34 consecutive quarters of year over year growth.

At the company’s VeeamOn conference being held in sunny New Orleans, Veeam wants to ensure a seamless digital life experience, end outages, and the damage that these cause. 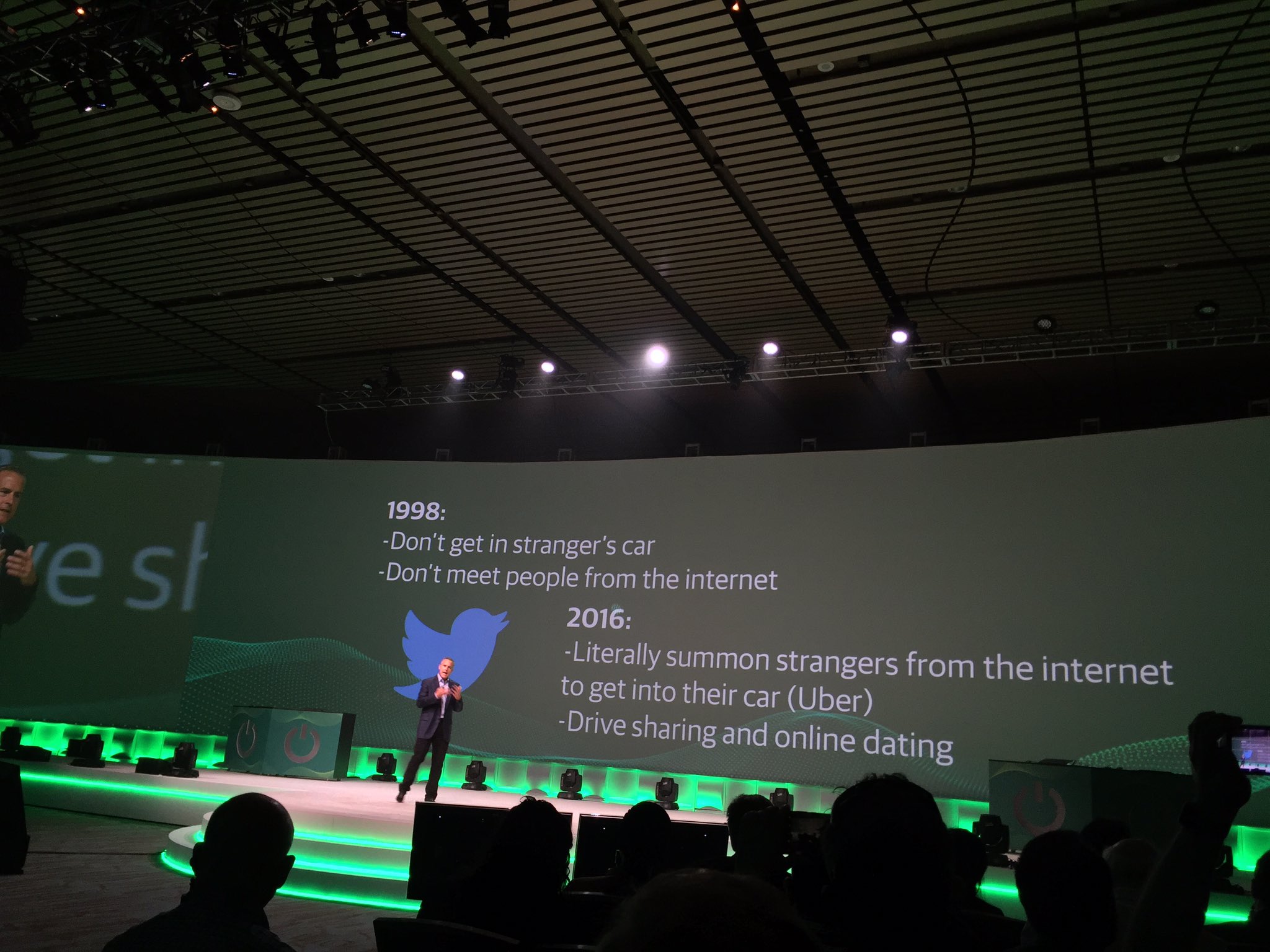 Every business relies upon always-on availability, whether it is an airport like Gatwick, an app such as Uber, or a financial services organisation. That’s part of the point that Veeam is trying to make, and the company is trying to drive that home and make this a reality through work with some of the biggest tech companies in the world.

Amid the product demonstrations and statements of data being the new oil: “In 1859 we struck oil in Pennsylvania – who would have thought the impact oil would have had, that’s the same with data, it will change industries create whole new markets,” said Peter McKay, co-CEO of Veeam, the company also had a number of products to show off.

The additional enhancements to the Suite also see’s availability for AWS, and Veeam Agent for Microsoft Windows.

Veeam Availability for AWS highlights one of the core components of Veeam’s strategy, to be available across all clouds, on-premises, managed services and so on.

“Today’s users are demanding – period.  At home, work or school, users want a seamless digital experience and anything less is unacceptable.  Enterprises are having to re-think their IT strategies and service models, and Availability is of paramount importance,” said McKay.

“As enterprises move to the Cloud, Veeam ensures Availability of services, applications and data in Multi-Cloud and Hybrid-Cloud environments.

“Over the last 10 years Veeam has been the primary innovator in the space, with many industry first capabilities and highly differentiated solutions for private, managed, public and SaaS clouds, and at VeeamON we’re raising the bar even further.” 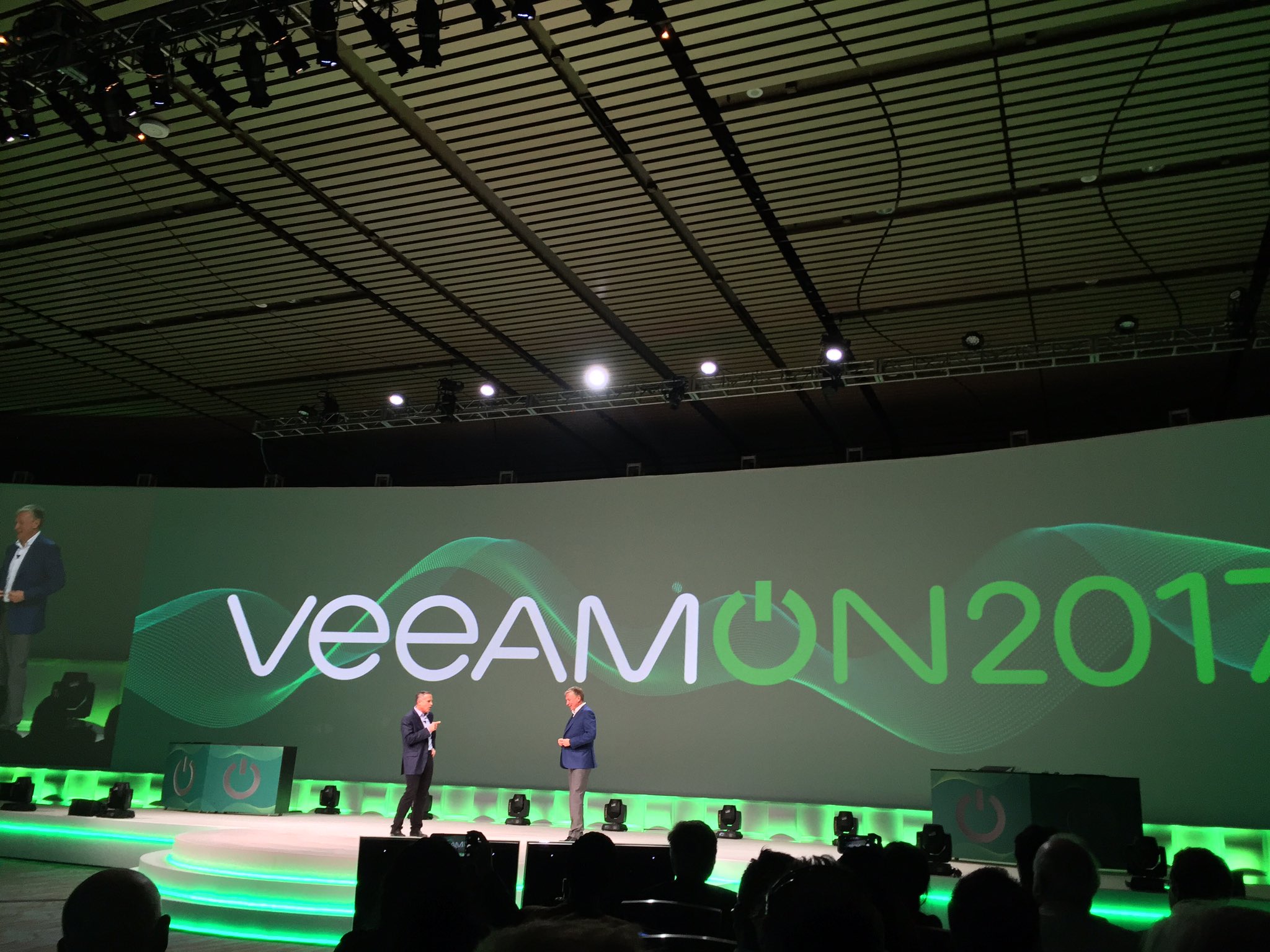 Included in the Veeam Availability for AWS is cloud-native, agentless backup and recovery using native AWS snapshots that are designed to eliminate complexity and improve recovery SLA’s. It is also designed to mitigate the risk of downtime and data loss for AWS workloads by decoupling data and storing backups independently from the underlying AWS infrastructure.

The Veeam Agent for Microsoft Windows, which had already been announced but has just been made generally available, gives Veeam access to customers of two of the most popular technology services around.

The point is that while these services have their own options for backups, Veeam is doing it away from those services to ensure that data is safe and secure.

A strong partner community, with the likes of HPE, Cisco, IBM, VMware, and more goes a long way to ensuring that it can provide always on availability across any infrastructure.