Mark Shuttleworth has returned as the CEO of Canonical after Jane Silber announced that she would be stepping down from the position.

In a blog post on the Ubuntu page, Silber who became CEO in 2010, wrote that Canonical is entering “a new phase of accelerated growth” and that it is “time to pass the baton to both seasoned hands and a new generation of Canonical leaders.”

Silber said that she had originally planned to be CEO for five years and that the company had been planning for her transition for some time.

Silber is expected to remain as CEO for the next three months before Shuttleworth will retake the role as CEO and she will move to the Canonical Board of Directors before seeking new challenges in the future for a full-time role.

The move comes at a time of uncertainty for the Ubuntu community given the recent withdrawal of the Unity project, just six years after making it the default user interface on Ubuntu desktops. 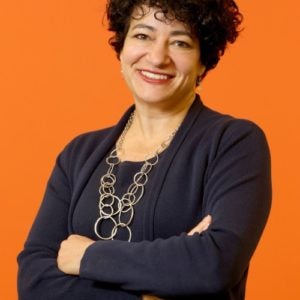 The move saw the company switch back to Ubuntu GNOME and marked the end of Canonical’s dream, at least in this form.

Shuttleworth has also been in the news recently for criticising the free software community and labelling them as “muppets” that are “anti-social” and “love to hate” anything in the mainstream.

The criticisms came after Shuttleworth posted on Google+ to thank those for the spirit, intellect, and energy in the Unity8 adventure, but the tone changed after people started responding with criticisms about the Mir windowing system.

Coinciding with the news of Silber’s departure came reports that the company is also planning to axe more than 80 workers. The Register said that 31 or more staffers had already left and a further 26 are on a formal notice, while the remaining number is facing uncertainty regarding their position.