A Cryptocurrency is a digital asset that uses cryptography for heightened security during a transaction. Rising popularity has caused a number of variants to emerge in the market, with major exchanges having been set up.

The way was paved for other virtual currencies by Bitcoin, the first cryptocurrency to emerge back in 2009. Since then, Bitcoin has experienced numerous remarkable price spikes, and commanded headline news globally.

This kind of currency is decentralised, which is potentially beneficial as the currency has the potential to grow beyond those limited by a market cap. Existing separately from banks and other currencies, decentralised cryptocurrencies could play a similar role to gold.

Many exciting plans and ideas are emerging regarding digital currency and the blockchain technology that it is based upon, but it has not yet earned the full confidence of investors. Recently Bitcoin experienced a split caused by bitcoin miners, and the hard fork brought a new currency, Bitcoin Cash, into existence.

This volatility remains a concern for some, while development is ongoing to secure new use cases as cryptocurrencies soar in popularity. In this list we intend to delve beneath the surface of some of the most recognisable digital currency options.

For many the thought of cryptocurrency is synonymous with Bitcoin, as it is the oldest, the best established, and holds the highest profile.

Born in 2009, the currency experienced a significant rush in 2013 that sent prices soaring above the $1000 per unit mark. Following this high, the price of the currency plummeted when the Bitcoin exchange Mt. Gox shut down, and numerous users lost money.

Despite the predictions from some that the damage had been terminal, Bitcoin defied the odds and rose again in 2015. Success continued for Bitcoin, and at the beginning of this year the currency surpassed the price of gold on the basis of a unit to an ounce, reaching the new record of $1,268.

While this relatively recent progress is strong, it turned out to only be the beginning of an explosion in Bitcoin popularity and price that has been mounting throughout 2017 so far. Bitcoin went on to surpass the $2,000 and $3,000 marks this year before reaching a towering new height of $4,683.87 on August the 31st 2017.

This rapid progress has not come without setbacks, with the split in the currency causing a great deal of concern. Bitcoin has, however, maintained its position, and not experienced a collapse comparable to the 2013 instance. 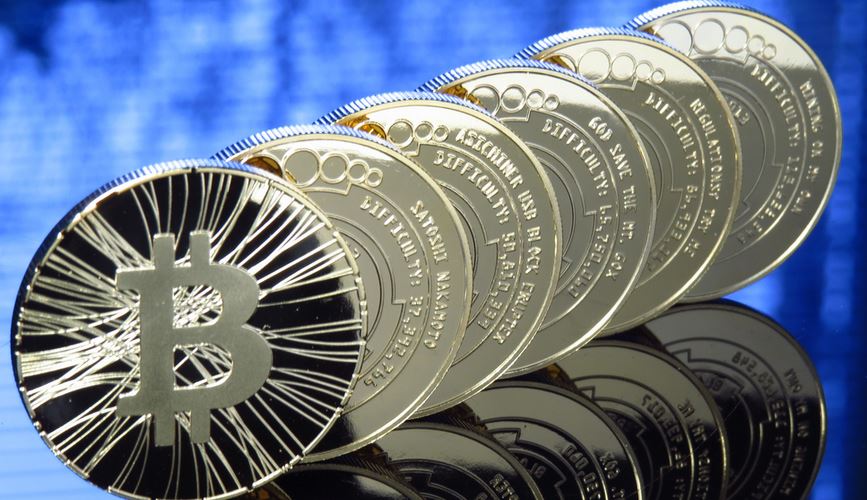 Bitcoin Cash made a dramatic entrance onto the cryptocurrency scene when the blockchain behind Bitcoin forked at the beginning of August 2017.

It has made rapid progress to rival the currency it was born from, jumping quickly to a value per unit in excess of $600. The creation of this Bitcoin replica was profitable for those who owned Bitcoin at the time, as it essentially meant they doubled their money.

While the two currencies are mirror images of one another in most ways, Bitcoin Cash is capable of having a greater block size capacity of 8MB. There is also an equal number, 16.5 million, of both Bitcoin and Bitcoin Cash units.

This veritable spawn of the cryptocurrency world has moved onto the third podium in terms of valuable, with a colossal market cap of in excess of $10 billion.

Launched in 2015 by Vitalik Buterin, Ethereum is a decentralised platform that incorporates a  digital currency called ether – but it does differ from Bitcoin. It is used to fuel processes within the Ethereum network itself, being used as payment for those using their compute power for transaction verification, for example.

The Ethereum platform allows records of transactions made, which on the blockchain would be considered blocks, to be processed faster than Bitcoin. Like Bitcoin, ether is deemed to have advanced security as it functions using the blockchain.

Bitcoin and ether also rub shoulders in that the major cryptocurrency exchanges deal in both of the famous cryptocurrencies. Despite this the differences are very significant, even down to the way in which they were developed. Ethereum gained value via crowdfunding, while Bitcoin has grown in value with the number of units.

Ethereum has been a major player in the development of blockchain technology, with the cryptocurrency currently underpinning a consortium comprised of the likes of Microsoft and Goldman Sachs.

Released using an open-source client in 2011, LiteCoin is a peer-to-peer cryptocurrency that works using a cryptographic open source protocol.

While Bitcoin is a dominant force in the cryptocurrency space and has amassed a great deal of fame, LiteCoin has in fact improved upon some of Bitcoin’s functions and processes. The foremost improvement LiteCoin has made is in its ability to handle more transactions in a shorter period of time. This ability is a significant efficiency enhancement, and a step toward the future of what cryptocurrency could be capable of.

On the topic of efficiency, Litecoin also trumps Bitcoin in terms of payment costs, as it has close to none associated with the making of transactions, and it can also function at around four times the speed of Bitcoin.

Litecoin was developed by Charlie Lee, a former Google employee, and it is a fork from the original Bitcoin Core client. It has some significant differences that set it apart however, including a variation in algorithms and an increased number of coins.

Also originally based on the Bitcoin software, this cryptocurrency’s name hints at the enhancements it has made upon the software of its origin – improved speed.

In addition to this, Dash also aims to offer more formidable financial privacy than other cryptocurrencies, while also offering users a decentralised funding and governance system.

Not only is the Dash privacy protection a key focus area, but so is security more generally. This goal is targeted through the harnessing of encryption and a trustless protocol. A further efficiency of Dash is the fact that transactions are not very expensive.

Users of Dash also experience a global reach when it comes to making transaction with this cryptocurrency, while fees are not increased based on the destination of your transactions.