VPN, which stands for Virtual Private Network, allows users to create a secure connection to another network using the internet. In this list we are focusing on Android options.

These options range in prices from free to yearly plans requiring a single or monthly payment. Importantly this list compiled by CBR also includes options for the advanced user of VPNs, in which some manual configuration is required, to an option so simple that it requires one click.

These solutions also vary in speed, the robustness of their encryption, and in terms of their global presence, with some having tens of international servers, down to merely a few.

ExpressVPN was launched in 2009 and has become one of the best know and best rated VPN services worldwide.

Widely regarded as one of the best VPN options, ExpressVPN has high speed and reliability to offer. The system features an SSL-secured network with 256-bit encryption. I strong point that sets this option apart from the crowd is the fact it also includes unlimited bandwidth and speed.

The name that comes with this option can be considered well established as it has servers in 78 countries in over 100 locations globally.

For mobile apps it is considered easy to connect on demand, this is a benefit as it prevents power draining background running. This is among the top options for Andriod users, but the service is also available for iOS, Mac and Windows.

ExpressVPN automatically chooses which protocol to use – based on what is most favourable to the user. This could be OpenVPN or UDP for example. This also takes some weight off of the user as it removes the need to have in depth knowledge. OpenVPN is often considered the best option however.

The high speeds that are boasted by ExpressVPN are backed up by a 30-day money-back guarantee while seven days is usually standard in this area, showing added confidence in the product. This VPN is also capable of working with Netflix, which could be another stand out feature, as this is not possible with the majority of VPNs.

The price is $8.32 per month as part of a yearly package.

F-Secure Freedome VPN is well regarded as offering an attractive, easy to use interface, especially suited to those who are not previously experienced in the use of VPN services. Another competitive factor behind this VPN is the fact it cointains a built-in virus scanner.

Some other impressive elements of this VPN are the unlimited bandwidth, a well-designed single-button mode that is one of the beneficial features for a beginner. Anonymity is also provided with this option.

Freedome has servers in other parts of the world including England, Finland and Germany, a short line-up compared to ExpressVPN or TunnelBear. However, Freedome is fully capable of securing your communications and hiding your actual IP address.

The Android version is much easier to use than the iOS equivalent, as it works on an on/off system, meaning that you have full control of whether the system is active or not, ensuring that it will not turn itself back on if undesired.

Freedome provides a solid option as a VPN service, while this is strengthened and made more formidable by the fact that the service also provides your device with malware protection.

This option stands out as it is completely free! This is a bit of a rarity on Android.

Another interesting element of this VPN is that it is open source. The VPN also uses PolarSSL which was one language not affected by the notorious Heartbleed issue, a serious vulnerability in the popular OpenSSL cryptographic software library.

However, to get the best out of this VPN it will be best if the user is well versed in the technicalities of how a VPN works, as it is required that the users sets up an OpenVPN to use the application. This option however, is excellent, and ticks many boxes if you are ready to learn about VPNs. 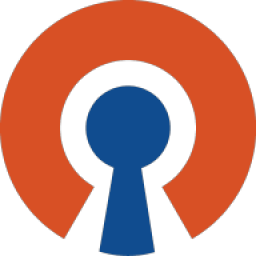 The manual part of the process will include downloading and installing the client, and importing an available OpenVPN profile so as to be able to connect to a server. Then you will be able to begin setting up your own auto login profile; this is used for accessing the private tunnel connection.

This option is also well regarded because if you lose your connection, OpenVPN will ensure that you stay within the VPN when the connection with the network is re-established. The benefit of this is that there are no periods of time spend forced into unsecured networks.

Founded in 2011, this service was later launched again in 2016. Included with this new version is a new engine, new website and new apps. This solution has been rated highly on having multiple server options and is deemed to be Bitcoin accepted.

The downsides are that there is not a money back guarantee, and there is only a ticket based support system, meaning that wait times could be considerable if help is required.

In contrast to OpenVPN Connect, Tigervpns focuses on the experience of using the system. The system is in fact considered a “one click” solution, negating the need to put any further work into using the VPN manually.

This option is ideal for those who are not aware of how to use a VPN, and do not wish to invest any further time in learning about the technicalities of how one works, or how to maintain one.

Another powerful but simple Android option that will suit beginners and others who do not wish to take the OpenVPN Connect route will suit this solution. An animation depicting a tunneling bear is also an amusing feature that accompanies the beginner on the process of using the VPN.

Main benefits include good encryption, a no-logs policy and the ability to hold five simultaneous connections. While mediocre speeds and only limited support options are less impressive aspects. 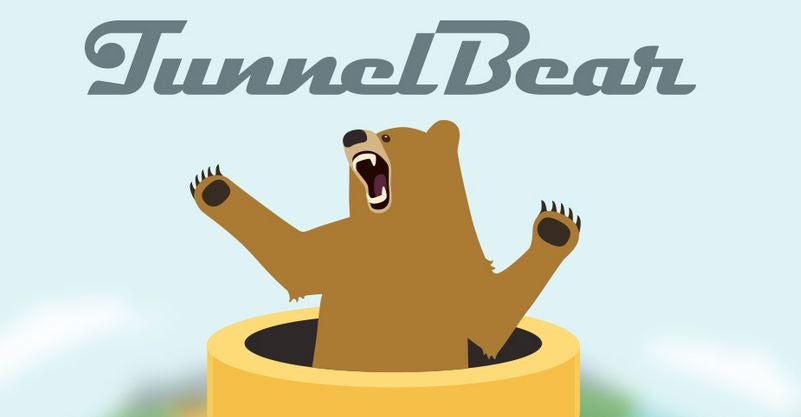 The interface for this option is attractive and minimalist and considered to be great value for money in regard to the general quality of the service.

This VPN is considered a very functional option, and for those choosing to use the free option there is 500MB available per month which will cover some web browsing.

TunnelBear has some formidable security protocols to offer the user, with a strict no-logs policy, which means that it does not store or keep track of the activities of it susers.

Another stand out element compared to a couple on this list is the simplicity of the price scheme: up to $2.99 per month or alternately $29.99 for a year. The price categories are called Little, Giant and Grizzly. The service is also available free depending on how you intend to use the service.