PayPal and Skype have joined forces to implement a new ability for Skype users to make in-call payments while using Android and iOS mobile devices.

The new P2P initiative will be available across 22 countries to users of these services, as PayPal bid to spread its payment services far and wide.

Users must actively link their Skype and PayPal accounts together to access the new feature, and payments are specifically aimed at personal use, not intended to be used for business or payment for services.

In recent months PayPal has been engaged in a sequence of deals to widen its reach, only last month for example, the company solidified the work it is doing with major banks. PayPal entered into a new partnership with JPMorgan, giving its customers the benefits of direct access to its services. 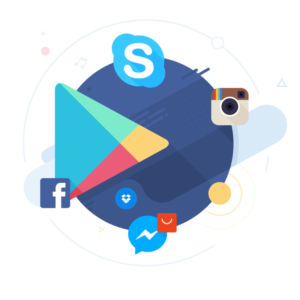 At the same time as this new partnership was formed, PayPal also enhanced its relationship with Citi, building on an existing deal. This initiative provided Citi’s customers with in-app access to rewards.

Android has also featured in the list of deals made by PayPal, having recently partnered do bring Android customers the efficiency of using PayPal services either online or via the app. This move has come amid a burst of activity within the mobile wallet space.

The latest deal between PayPal and Skype for Android and iOS devices is also very similar to an existing deal the company has in place with Slack.

These examples are indicative of PayPal seeking to gain a foothold on the changing market as pressure mounts with the rise of Fintech companies that are looking to streamline payment processes. Stripe is an example of a company that provides services such as this.

PayPal is not only focussed on online and in-app payments, it is also promoting payments made on the high street, this was evidenced in a deal with MasterCard, PayPal also made a comparable deal with Visa in its pursuit to extend its network.