Samsung has announced that it has begun mass production of its second-generation 10-nanometer class 16GB LPDDR4X DRAM mobile chip for premium smartphones and mobile applications. 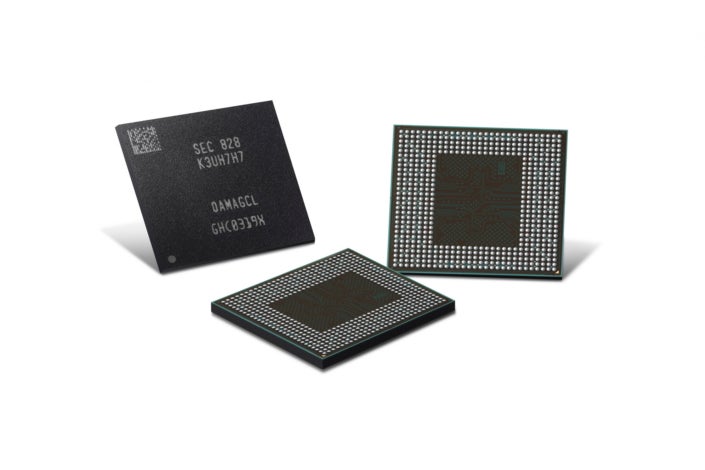 What Are the Improvements?

Power reduction for the second-generation Samsung LPDDR4X mobile DRAM chip is reduced by up to 10 percent while keeping the 4,266 megabits per second data rate.

Sewon Chun, Senior Vice President of Sales and Marketing at Samsung Electronics commented: “The advent of 10nm-class mobile DRAM will enable significantly enhanced solutions for next-generation, flagship mobile devices that should first hit the market late this year or the first part of 2019.”

Alongside this, Samsung have also made plans to expand their premium 10-nanometer class DRAM line-up by more than 70 percent.

The Korean multinational has explained that it has created an 8GB LPDDR 4X mobile DRAM package.

The thickness of the chip has been reduced by 20 percent from the first-generation package, giving original equipment manufacturers (OEM) an opportunity to create even slimmer mobile devices.

Chun added: “We will continue to grow our premium DRAM lineup to lead the ‘high-performance, high capacity and low power’ memory segment to meet the market demand and strengthen our business competitiveness.”