Samsung could be working on a Samsung Bixby enabled smart speaker and a new Galaxy Note smartphone, according to a recent design patent.

A Samsung Bixby smart speaker would show that the company is intending to compete with the likes of Amazon Echo and Google Home. 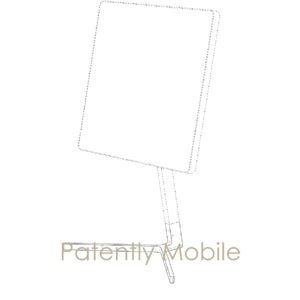 The filing with the US Patent and Trademark Office was originally reported on by Patently Apple, and shows a rudimentary tripod with a screen mounted atop. This could indicate that the device will have a screen much like the recently announced Amazon Echo Show.

As the patent is just a design patent and not a patent filing there is no information available other than design images of the actual device.

The design patent was granted for an ‘audio device’ which would make sense given that most of the major consumer electronics developers are pushing the idea of smart speakers to use in the home. Even Apple is reportedly working on a Siri enabled speaker that is rumoured to have a screen also. 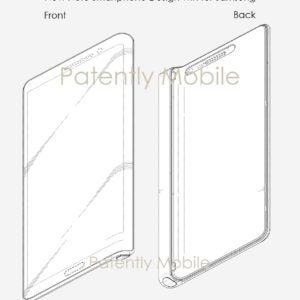 Samsung was also awarded a patent for what looks like a ‘Note’ smartphone, which would mark the first iteration of the device since the disastrous and short lived Galaxy Note 7. The Note 7 was recalled and discontinued due to a battery malfunction that caused the phones to overheat and combust.

It’s not certain if this will be the final version of the new Note phone but the design is the most Note-like that Samsung has been awarded a design patent for in recent times.

The device also appears to be incredibly thin, given that the battery malfunction in the Note 7 was caused by attempts to get the device as thin as possible it might indicate that Samsung has learned some new tricks.