Virtual Reality (VR) is seemingly the next best thing in the technology market, as the biggest companies in the industry embrace the tech such as Google, Samsung and Sony.

VR allows users to enter a different world and experience things they never thought possible, from designing your bedroom, operating on a human or travelling to New York through a lens. The possibilities are endless.

Using the latest VR technology gadgets from headsets to handsets, users can create outstanding experiences. Whether it’s for personal or business use, VR has taken industry design and practicality to another level, with just about everything being optimised with VR technology.

With the market estimated to be worth $1.6bn by the end of this year and almost $12bn by 2021, according to CCS Insights, CBR has found the most outrageous, surprising things that can be done with VR.

Google’s latest technology development, Google ARcore, is the next way to experience the world through a lens. Once used to view your house or your friend’s house on Google Earth, the technology company has taken Google Earth one step further and lets you leap into another world and travel the world. 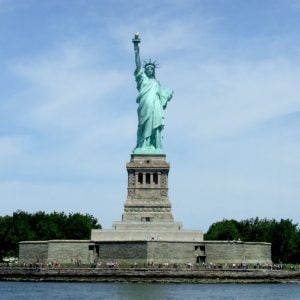 Try before you Fly: Experience the Statue of Liberty through a lens.

Take a walk around Central Park, view the sights from the Burj Khalifa or trek around the amazon, Google Earth VR takes users to the unimaginable from the comfort of your own home. You can walk, fly, run and browse whatever takes your fancy all at the touch of a button.

Forget the flights, accommodation and expensive excursion, VR has it all ready and waiting at the click of a button. Travel agent Thomas Cook has trialled VR technology for its customers at Bluewater shopping centre in Kent, to allow customers to travel to their desired destination and “try before they fly”.

Thomas Cook’s VR trial included 12 virtual destinations including a helicopter tour of Manhattan, a boat tour to the Statue of Liberty and a view from Rockefeller. The experience also included room types, destination views and tour demos.

Designing a new room or an entire home has never been easier than with Lowe’s VR technology creation, Holoroom. Users simply add all the elements they would to a normal floor plan, or give to an architect and create a virtual vision of what a room would look like.

The idea was launched earlier this year, in March, and is an on-demand VR clinic that allows users to experience what their design would look like. The software is available at selected stores across the US and Lowe’s is the first retailer to use the technology.

Not only does the VR technology help design the room, but also teaches users how to effectively carry out the process so when it comes to the real action it won’t seem as daunting as DIY once did.

Gone are the days of the pretty painted ceiling whilst you had your dentist prod around in your mouth, now Dentists are set to trial VR technology to send patients to a “calm and soothing” scene to help when having consultations and uncomfortable treatment.

A survey carried out on 79 patients gave a third of them the VR technology whilst visiting their Dentist, leaving the other two thirds with the painted ceiling for comfort.

Other ways VR is used in the health sector

Out of those using the VR headset, patients said they had ‘significantly less pain’ than those not using the technology and that it acted as a distraction from what was happening in the procedure. Creating calm scenery manipulates the mind into thinking its elsewhere and soothes the pain subconsciously.

An already well-known area of VR use is among the healthcare sector. VR is used to help train Doctors of the future, help patients see what treatment is going to entail and help Doctors carry out operations such as Packard Children’s Hospital did on a little girl who needed heart surgery. The 2D images weren’t enough for Doctors to predict the treatment outlines, therefore using 3D graphics and VR Doctors could successfully carry out the procedure. 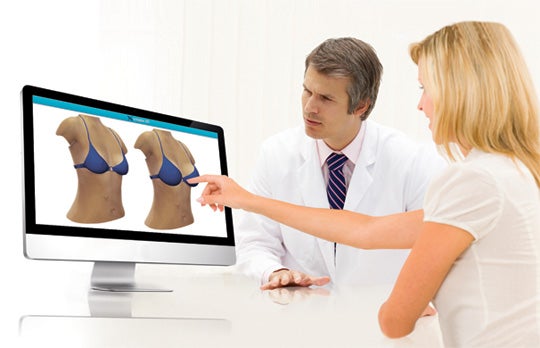 Moving from one end of the spectrum to another, 3D VR technology has now been used across Manchester Spire hospital for breast surgery.

Of course, a risky procedure in itself but also one many women are unsure of due to the unknowing visual outcome.However, the new technology tested by Mr Gerard Lambe at Manchester Spire has allowed patients to realistically envision the outcome of the surgery before they go under the knife.

As outrageous as you can get, VR pornography is actually a thing. Newcastle University experts have carried out research to how VR is changing the experience of pornography. Although it’s not a first, as sex robots are a thing today, the VR headsets have allowed the University to explore the capabilities of VR in the most strangest of ways.

Using VR in such an environment takes the users from observer to participant, really enhancing the experience of VR like never before in another industry. Need I say more?

A fast growing fitness industry working with a fast developing VR market is set to be a successful partnership. Step into a new world of fitness with VR technology and save those long haul outdoor runs, bike rides or boring sessions at the gym.

Clicks and Links debuted a VR bike at Cisco’s Mi-IDEA event in Manchester, which allows users to cycle around the City of Manchester rather than a boring cycle you’d normally do at the gym. The company hopes to one day bring the technology into high street gyms to enhance user experience as they work out.

As well as VR headsets, fitness firms have introduced VR gloves. Manus Gloves are a Netherlands-based VR start up that created VR gloves to help fitness fanatics enjoy their gym experience. Using the gloves gym-goers can experience boxing in a new light without the need for all the expensive, space taking equipment.