Attention, Brummie businesses and consumers: if you want 5G, EE is the place to go at the moment, with both availability and speeds comprehensively outstripping Vodafone’s performance in the city, new independent tests of 5G in Birmingham show.

The findings on availability were stark: EE had a 51.6 availability rate, to Vodafone’s 10.8 percent, with the BT subsidiary also beating Vodafone on speed. 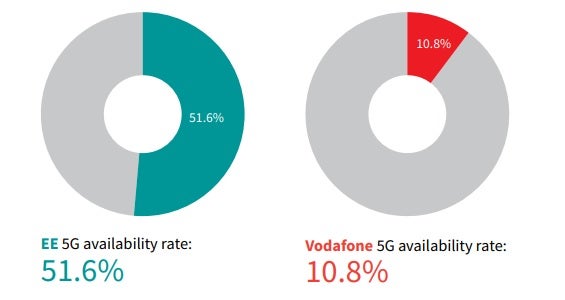 The figures lag 5G speeds elsewhere by some margin — RootMetrics has recorded speeds from Verizon of 1.1 Gbps in Chicago and from LG U+ of 902.7 Mbps in Seoul — and are also some way off early promises. (“Some customers will break the one gigabit-per-second milestone on their 5G smartphones,” EE said at its launch).

The test is the first of three: others will follow for Cardiff and London.

With infrastructure very much in the early stages of being rolled out, the company said it expects both speeds and availability to improve notably.