Soon every smartphone will be VR-enabled. This will open up the virtual floodgates, making video-based VR experiences affordable and accessible. Immersive VR will go mainstream not on laptops, smart TVs or games consoles but on mobiles. 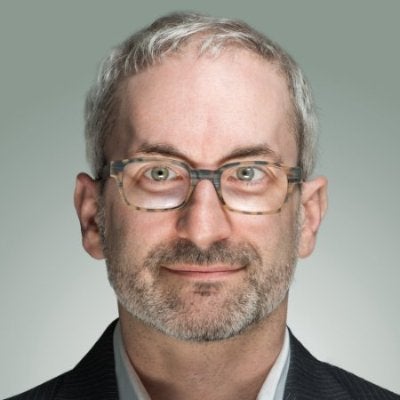 traction with early adopters for VR gaming and content streaming via apps such as Netflix VR. This is the tip of the iceberg. As well as media and entertainment, there is a huge opportunity for organisations in other sectors to boost engagement with video-based, mobile VR content: corporate training, company events, property sales, retail, and virtual classrooms.

With mobile VR, organisations can create fantastic live and VOD viewing experiences for users to watch on their mobile phones, using a variety of video formats  (e.g. 2D, 3D, 180/360 degree). But how can VR video supplement your existing content strategy? Which video formats will prevail? And what are the key considerations when creating mobile VR video experiences for the first time?

Live events such as the Six Nations rugby are obvious targets. By using traditional broadcast supplemented with VR content, rugby fans are transported to a virtual front-row seat. As well as advertising, brands get the opportunity to sponsor the VR live stream or recorded show. Plus service providers can choose to add a VR event as a freemium tier or as a standalone PPV for live events.

In today’s competitive higher education market, 360-degree video provides universities with a powerful marketing, recruitment and admissions tool. It can help to entice students to apply, and to orient new students during freshers week with virtual tours of dorms, lecture theatres and bars to bring the campus to life in a way that photographs and website copy can’t.

Some estate agents already use 360-degree virtual house tours to help sell premium properties. By incorporating these videos into the mobile VR environment alongside 2D content such as floorplans, potential home buyers get an even more immersive experience.

Read more: What is virtual reality?

Mobile VR video comes into its own where trainees need to learn how to prioritise in a complex environment – for example, triage. Trainees are not able to view the entire visual frame at any one time, which makes it harder for them to make smart decisions at speed. They have to look around the virtual environment and decide whom to help first. This is far more effective than flat video because it engages more parts of the brain.

Retailers are adept at using website video, but the next step is to let remote shoppers take a closer look at products in store as if they were physically there. This is already happening in China, where a service has virtualised Harrods and Macys. Shoppers navigate through these stores, select products from the shelves, and buy them with one click.

All video formats work in mobile VR, but there are a few important points to consider first.

Many of today’s VR experiences offer traditional 2D video inside a virtual lounge, theatre, stadium or classroom.  This approach adds an immersive twist to the viewing of standard 2D content and also has the advantage of being bandwidth and device friendly.

Immersive 360 video teleports the viewer inside the content. But 360 video has the downside of draining mobile batteries fast and can lead to overheating. The best approach is to combine 2D and 360-degree content.  For VOD scenarios e.g. learning about the solar system at school – pupils can be teleported into a future classroom environment that includes a few minutes of 2D video plus a one-minute 360 video of a solar system trip.

Likewise for live events. On Oscars night, mobile VR viewers can be transported into virtual front-row seats where they watch the traditional 2D broadcast and also have the chance to go backstage via a 360 video feed.

The simplest approach is to create a VR app – either in-house or via a developer – that wraps a 3D screening room around 2D content.  Standard 2D post-processing and distribution tools are used, removing the requirement to learn or purchase new tools.

One level up involves incorporating 360 video. The 360 cameras need to be positioned in the correct place prior to filming – usually in the centre of the frame or scene.  It’s also important to plan how you will guide the user and let them know where to look next (e.g. by using sound or special effects).

With 360 video, the different frames need to be stitched together. Some cameras stitch the frames while recording, while for others this is done in post-production. This should be done locally prior to uploading to the distribution platform.  For easy mobile viewing, it’s best to add the content to a mobile VR application.

Incorporating live 360 video throws up fewer planning challenges because it’s obvious where cameras need to be placed to capture an event e.g. halfway along the football pitch. Viewers can then look right and left to capture all the action.

The challenges with live 360 video lie in processing and distribution. The frames need to be stitched together and transcoded in real time and the content ideally needs to be pushed to the cloud in 4K. This requires significant computing power, bandwidth and scalability, plus a robust uplink. Because long-form live 360 video rapidly drains mobile batteries, a laptop with a VR headset is preferable right now.

The mobile VR wave is about to break. Many smart organisations are already thinking about how to create more immersive experiences for customers, employees, students and partners.  Making mobile VR a reality is there for the taking!