It is no secret that Britain’s technology sector is suffering from a skills gap. The number of school students studying for a computing course is predicted to halve by 2020 and those who go on to study computer science at university have been deemed statistically less likely than other STEM graduates to find employment after graduating, despite the demand for IT talent. It’s impossible not to draw the conclusion that the skills needed by business are either not being taught correctly or are not being taught at all. 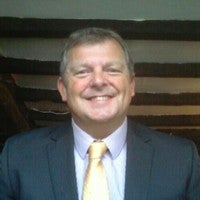 As Britain’s exit from the EU looms, the problem could be exacerbated further, depending on how the Brexit negotiations impact the migration of skilled IT workers.

A recent survey by Tech London Advocates of 5,700 start-ups, corporate and academic representatives found that 55% believe this to be the biggest threat to the IT skills across the tech sector. A 2017 survey from Hired, a recruitment firm, found that 85% of IT workers were worried that Brexit would stifle innovation in the industry.

The problem is harming some parts of the industry more than others and one area suffering an acute shortage is mainframe programming. Developers with the skills needed to programme mainframe computers are in increasingly short supply, yet demand for them continues to grow steadily.

Why the Mainframe Matters

This is not a trivial problem. The mainframe is at the centre of countless everyday processes. The majority of us are unaware that we are interacting with mainframe-based systems when we make a contactless payment, book flights and train tickets, or request a quote from an energy provider. Indeed, unbeknownst to the general public, the average person ‘touches’ a mainframe 12 to 14 times a day.

See also: Q&A: Is Rehosting the Answer to a Mainframe Skills Shortage?

Mainframes are an essential tool of business, keeping both society and the economy running effectively. Banks, insurance companies and a host of other organisations use mainframes to process millions of transactions per second, with the most recent IBM mainframes capable of completing 12 billion highly encrypted transactions a day.

But companies are fast running out of the staff needed to maintain and manage these critical systems. A 2016 survey of 1,400 IT professionals by IBM Systems Magazine found that 85% agreed that a mainframe skills gap exists, with 18% of mainframe staff planning to retire within five years. Yet the situation has barely improved since, despite the fact that mainframe skills are a highly valued commodity around the world and in the UK.

The Spectre of Brexit

To plug the gap, companies across Britain have traditionally turned to the EU labour market. Eastern Europe, in particular, has served as a dependable channel of IT and mainframe talent for companies based in the UK. This option may not be available for much longer. The steady fall in net migration since the Brexit referendum has slowed the flow of migrants, while Brexit itself may potentially limit this further, depending on the outcome of negotiations.

Then there is the issue of mainframe programmers leaving the UK, since many of the companies that they work for are considering relocation to the EU post-Brexit. If these IT staff go with them it will further suck away the UK’s existing mainframe talent.

How We Can Respond

There are a number of ways in which British institutions can mitigate this. Firstly, it is essential that businesses and universities collaborate. Businesses with mainframe expertise are beginning to invest in part-time lectureships for senior IT executives, offer summer internships or year-long placements to students and provide input on course content.

The workplace itself is also an important environment in which to foster skills. Many larger organisations, particularly in the financial sector, are now training staff in-house to master skills such as COBOL and IBM’s JCL. 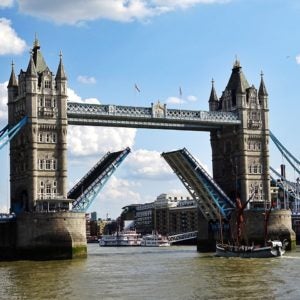 But with demand for mainframe skills still outstripping supply, companies need solutions fast, rather than waiting until broader policies come into effect.

New technology is helping. For instance, open source tools and languages for mainframes can be used to make these machines more accessible to existing IT staff, even if they are totally unversed in COBOL. “Ported” versions of popular development tools allow more common languages like Python, PERL or Java to programme IBM mainframes and other existing systems to be used. Such tools are increasingly commonplace, shrinking the skills gap and removing the pressure on organisations as they search for mainframe expertise.

Mainframe Skills: The Gap Can be Bridged

Whether or not Brexit does cause a widening of the skills gap in the IT workforce, British businesses need to move quickly to ensure that they aren’t left without the development resources they need. Alongside the longer-term academic or work-based training programmes, we can expect to see the adoption of more software tools to mitigate the problem. To attract the younger generation of programmers, we face a choice of paying way over the odds to attract, train and retain talent, or using technology to present them with the programming tools they know and understand. Older infrastructure isn’t going away any time soon, so we need to get cleverer about how we get the most out of it.