Last January Prime Minister Theresa May pledged £20 million to the creation of an Institute of Coding that would train the next generation of digital specialists.

Her government’s pledge of £20 million was matched with another £20 million from companies such as IBM, Microsoft and Cisco.

At the time of the announcement, Universities Minister Sam Gyimah said: “A world-class pipeline of digital skills are essential to the UK’s ability to shape our future,” and that the “Institute of Coding will play a central role in this.”

On the 21st of June the Institute of Coding (IoC) was officially launched in the House of Lords.

The development of an Institute of Coding that is currently only focused on higher level education and industry training, seems like a puzzling proposition. Why not begin at the ground level and start with children and young adults.

Computer Business Review took a deep dive into the Institute of Coding to better understand its current architectural design.

To understand what the institute’s goals are and what identity it hopes to shape for its self, we first have to understand why something like this is being created in the first place.

Speaking to Computer Business Review Dr Rachid Hourizi, Director of the Institute of Coding told us when you look at the numbers: “It’s not just a problem, it’s an order of magnitude problem.”

Three years ago, a report was published by the Government body UKCES, among its key findings was the existence of: “A sizable gap between employers’ demand for digital graduates,” and higher educations ability to deliver skilled graduates.

By the year 2022, the digital sector will need 518,000 workers: “However, over the last ten years only 164,000 individuals graduated from a first degree in computer science,” the report notes.

The Shadbolt report from 2016 found that Computer Science Graduates were: “more likely to be unemployed, compared to other STEM graduates.”

The key problem is in the step from graduate to employment and in the type of skillsets colleges are teaching in comparison to what employers are looking for.

Employers are not off the hook though, as Shadbolt found that: “Employers who believed work experience to be ‘critical’ were only slightly more likely to offer work placements than employers who did not value it at all.”

This Shadbolt thought clearly was: “indicating that more could be done by employers to offer the work experience they value so highly.”

A goal of the Institute of Coding is to bring in people from different computer industries and beyond to up skill as well as those that will teach. 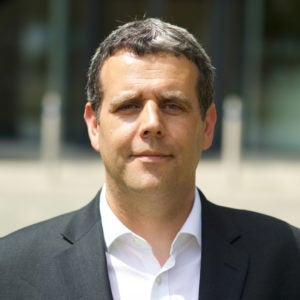 Dr Rachid Hourizi, Director of the Institute of Coding

However, they cannot just say: “Come to one of the university buildings and stay here for three years that doesn’t work,” Dr Hourizi exclaimed.

It has to be designed in a partnership that is constant communication with what the industry needs in the next level of graduates.

Dr Hourizi points out that there is: “no point us saying here is a great course good luck see you, we have to be working just as hard with the employees at the back end as well as preparation for the exit from a university course.”

This key problem was highlighted in the 2016 Wakeham report which found that:

“HE (Higher Education) providers face a tough challenge; they must provide graduates with up to date skills and knowledge that are relevant to employers today, while at the same time equipping them with the ability to continue to learn and adapt so that they can adjust effectively as the world and their careers change over a 50-year working lifetime.”

“The latter point means that graduates in STEM must be given an understanding of the unchanging fundamentals of Science and not just its current applications,” it added.

Wakeham found strong evidence that graduates were not getting the same level of employment as other STEM students, because they were unable to see how their skill set mapped onto what an employer was looking for. Wakeham commented that they were obtaining less: “employment outcomes owing to a lack of awareness and understanding.”

The Institute is being setup in a way that it will be university-based, but will be in partnership with industry and employers in digital sectors to better understand their needs.

It also aims to get in contact with: “people who have done other things and need more digital in their work life,” says Dr Hourizi.

Dr Hourizi points out that: “We have had a lot of contact from people you wouldn’t think of as digital, doctors, lawyers and graphic designers.

In Speaking to Dr Hourizi we raised the argument that targeting primary or secondary level education may have a more impact-full effect in the long run: “It’s not something you can solve by addressing any one point in the educational path on its own,” he responded.

The main issues he notes is that: “We are not well-suited to teach 12-year-olds partnering with those that do is in the plan for when the institute expands.”

Dr Hourizi makes it clear that an important aspect of the nature of the IoC is its commitment to diversity: “We really are fundamentally interested in diversity, but from a moral point of view and a practical point of view. If you need 500,000 people extra a year you got to draw from the whole talent pool.

Jacqueline de Rojas, President of techUK was appointed to the industry co-chair on the IoC.

Speaking to Computer Business Review she said that: “The IoC has had an extremely busy start, partnering with 25 leading universities, academic institutions and many businesses across the country.” 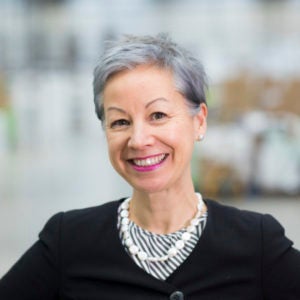 “Already we’ve teamed up with Microsoft to bring new courses focused on analysing and visualising data to students at Birmingham City University. We believe in practical partnerships which give learners and employers what they need to boost growth and productivity.”

A pilot programme involving 40 students ran last May in Birmingham City University upon completion students of the approved programme will receive not just the university accreditation, but a certification from Microsoft as they are the acting partners on the programme.

The IoC itself seems to be engaged getting classes prepared and fostering partnerships with industry specialists. However it won’t be until September till classes begin in earnest

Its Director Dr Hourizi told us “The whole point is that industry and educators sit together to develop courses that work for both of them.”

“What we are interested in is launching something that will survive.”