Cisco has completed its $660 million (£511 million) cash acquisition of privately-held Luxtera, a semiconductor company with a silicon photonics technology portfolio.

Cisco described the acquisition as helping it to “future-proof networks for emerging applications.” Photonics uses light –  a more energy efficient and faster way of transferring data than electricity – to transfer data over fibre optic cables.

The acquisition comes as Cisco, like other networking specialists, faces growing infrastructure pressure from the rise in data passing through its channels.

Announcing the initial deal, Cisco said: “The emerging class of distributed cloud, mobility, and IoT applications is creating an unprecedented strain on existing communications infrastructure. The combination of Cisco’s and Luxtera’s capabilities in 100GbE/400GbE optics, silicon, and process technology will enable customers to build future-proof networks optimized for performance, reliability, and cost.” 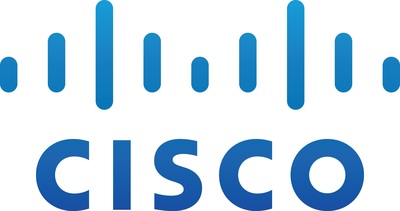 Its technology has been critical for cost-effectively scaling data centers as they transition to 100G and beyond, to match the bandwidth needs of emerging applications across video streaming, cloud, and mobile.

As Cisco’s Rob Salvagno put it in a blog announcing the acquisition’s close: “Internet traffic has grown dramatically over the past two decades and is only going to accelerate. More traffic will be created in 2022 than in the 32 years since the internet started, according to Cisco’s recent VNI Forecast. This traffic is coming from people, machines and the way we use the internet. By 2022, 60 percent of the global population will be internet users and more than 28 billion devices and connections will be online.”

“With this environment as the backdrop, our customers are looking to address the unrelenting demand for more bandwidth driven by an emerging class of distributed cloud, mobility, and IoT applications. Simply put, the exponentially growing demands on the network require a new era of networking.”

The deal will broaden Cisco’s offering of 100GbE and 400GbE optics; an increasingly important offering amid growing network infrastructure constraints, particularly across density and power requirements.