President of Ukraine Volodymyr Zelensky gave an augmented reality address to Europe’s technology sector today to launch a new initiative aimed at making the country “digital first” in the wake of the Russian invasion.

What is a lend-lease?

Lend-lease is a concept that helped Europe rebuild following the devastation of the second world war. The US Lend-Lease Act was signed by President Roosevelt to provide aid to the allied nations, including through food, oil and other goods between 1941 and 1945. It also included warships, weapons, planes and ships. Canada had a similar program called Mutual Aid.

“I believe we will win in this war and we will rebuild everything that Russia has destroyed,” Zelensky declared. “We do not stop for a moment in our development, even now as the war is raging. We continue the digital transformation of our state and our goal is to make Ukraine the freest digital state in the world.” 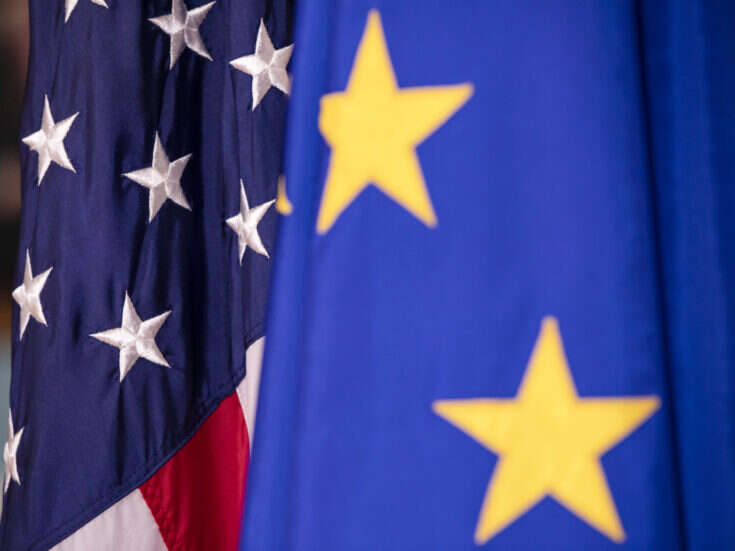 US and EU could fund cybersecurity improvements in developing countries

This will include a move to use technology throughout public life, including telemedicine and digital distance learning, Zalensky explained, with some of the applications of technology including the use of artificial intelligence in judicial decision making and process.

The digital lend-lease scheme for Ukraine will be supported by United24, a crowdfunding platform that Zelensky launched earlier this year. The site enables one-click donations to fund demining, humanitarian aid and healthcare and the reconstruction of Ukraine, according to local reports.

“No corruption, no bureaucracy”

Zelensky explained: “Everyone will be able to contribute to development of digital infrastructure the way you like it,” adding it would include technologies allowing for the “total stability of all state institution and the banking system. The maximum speed of all government to people and government to business processes, no corruption, no bureaucracy, digital documents, paperless and cashless modes.

“Ukraine is a chance for a global digital revolution, a chance for every technology company and a chance for every visionary to show their value, skills, technologies and ambitions. In the coming weeks we will roll out the plan and you will be able to join our platform, United24, building new Ukraine together, free, brave and digital.”

He was simultaneously addressing technology conferences throughout Europe using ARHT Media’s holographic technology, broadcast to Stockholm’s Brilliant Minds, London’s Founders Forum, Amsterdam’s The Next Web and Paris’ Vivatech, as well as the AI Summit in London and SuperReturn Berlin, expanding the reach of his address to 200,000 leaders.

Following his address, a pre-recorded message from UK Prime Minister Boris Johnson saw him praise the technology industry for showing it is “anything but apathetic, anything but weary” having not forgotten Ukraine and continuing to support its tech sector. “It has never been more important that people of the world stand with the people of Ukraine.”

Read more: How tech leaders have responded to Russia’s invasion of Ukraine

Topics in this article: Ukraine