Today’s wars are not waged solely through kinetic operations on the battlefield. They are fought across multiple domains that see sophisticated new technologies harnessed alongside more traditional munitions. The Ukraine conflict is just the latest example.

Data is often referred to as the new oil, but it could just as easily be compared to asbestos. As humanitarians, we collect data from incredibly vulnerable people – refugees, prisoners of war, detainees, people at risk of persecution, to name but a few. While collection and management of this personal data can make us more effective in getting help to the individuals concerned, it can be a matter of life and death if it falls into the wrong hands. As such, we have to be extremely careful about minimising the data we collect and protecting what information we hold.

The ICRC operates in some of the most dangerous contexts in the world; consequently, we always seek to build trust and respect with combatants so they do not attack us. We know full well, however, that there is no guarantee against attack. Unfortunately, the same situation applies online. Earlier this year we discovered a sophisticated cyberattack against ICRC servers hosting data belonging to more than 515,000 people worldwide. Of course, there are lessons to be learned in terms of improving our cyber defences, and we acknowledge that military-grade cybersecurity cannot be a realistic ambition for humanitarian organisations. Perhaps it’s also time for the ICRC to start engaging with relevant groups committing cyberattacks to build the same trust and respect for our purely humanitarian mission as we would do with armed combatants.

In recent years, numerous cyber incidents have affected civilian infrastructure. Often, these incidents occur in contexts of political tension or armed conflict. Cyber operations that disrupt medical facilities or interrupt energy and water supplies pose a significant risk to civilian populations. Our view is clear: cyber tools must be designed and deployed in compliance with IHL. In other words, cyberattacks should not be directed against civilian infrastructure, in the same way that hospitals or power plants should not be bombed.

Data and software, including artificial intelligence and machine learning tools, offer potential benefits for humanitarians. They could, for example, be used to help reunite families by analysing large amounts of data, or to inform the design and delivery of humanitarian interventions. At the same time, AI and machine learning can also be used to automate decisions on who or what will be attacked and when.

Let’s be clear. Autonomous weapon systems are not a work of science fiction from a distant dystopian future. They are an immediate cause of humanitarian, legal and ethical concern and need to be addressed now.

For the ICRC, autonomous weapons select and apply force to targets without human intervention. After initial activation by a person, an autonomous weapon triggers a strike in response to information from the environment – received via sensors and software – and on the basis of a generalised ‘target profile’. The user does not choose, or even know, the specific target, nor the precise timing or location of the strike. The lack of human control and judgement – and the difficulties anticipating and controlling the effects that result – are at the heart of our concerns. The ICRC is recommending that states adopt new legally binding rules to prohibit unpredictable autonomous weapons and those that apply force to people directly, and to establish strict constraints on all others.

The final main digital risk facing civilians in conflict zones is misinformation, disinformation and hate speech (MDH). With the ubiquity of digital technologies and communication systems in humanitarian settings, the ‘fog of information’ is accelerating and exacerbating the ‘fog of war’. This brings with it new layers of complexity, uncertainty and risks for populations and communities affected by conflict and violence.

MDH has always loomed large in conflict zones, but the digitalisation of societies and information ecosystems have introduced new paradigms of scale, speed and reach. While a lot of attention is being paid to how MDH affects democracy and public health, there’s an urgent need to focus on conflict areas, where risks are high and safeguards and resilience mechanisms are low.

In warzones, what is said online can have damaging repercussions in the real world, not only for civilians, but for those trying to protect them. Indeed, the ICRC has found itself the subject of misinformation and disinformation in the Ukraine conflict. It is not the first time we have been targeted and I am sure it will not be the last. But every time it happens, it puts Red Cross staff, volunteers and the people we seek to help at risk.

We have to learn to better manage how MDH impacts our operations, as well as those citizens who find themselves at the epicentre of conflict zones. Indeed, all humanitarians and armed actors need to think carefully about the true impact of new technology in conflict zones. We all have responsibilities. For those waging war, they need to assess the risks to civilians and ensure full compliance with international law. Humanitarian organisations, meanwhile, need to use technology responsibly and make sure we do no harm. If the ICRC wants to continue to be useful on the battlefield, then we will have to continue adjusting and evolving as technology advances. Lives depend on it.

Topics in this article : Ukraine 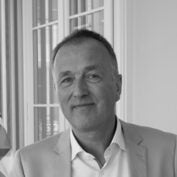 Balthasar Staehelin is director of digital transformation and data at the International Committee of the Red Cross.
Websites in our network