It’s no secret that businesses up and down the country have been affected by the recent turbulence in the UK economy. From inflation to political uncertainty, all these factors play a role in how companies approach doing business at home and abroad.

Every part of our economy has felt this and, while the tech sector has been resilient in the past, largely overcoming the economic challenges posed by Brexit and Covid-19, persistent negative economic headwinds, uncertainty, rising staff, energy costs and longer-term concerns over access to talent are starting to bite in a usually buoyant part of the UK economy.

techUK’s latest poll of our members, the Digital Economy Monitor, shows that the number of respondents who believe the outlook for the sector will improve in the next 12 months fell from 76% a year ago to 45% in September (Q3 2022.) Meanwhile, more than a third (34%) of UK tech companies surveyed said they now thought that things are more likely to get worse over the next 12 months than better.

How have we got to this situation, and how might a new incoming prime minister help UK tech get back on its feet?

While the costs of energy bills are often the focus when assessing how businesses are being impacted by the recent UK government policy, it’s notable that, among techUK members, staffing costs remain the biggest concern. Indeed, 65% said that they expect payroll and associated costs to increase the most over the next six to 12 months.

This speaks to longer-term concerns over access to talent in our sector which, when combined with more recent negative economic headwinds, is starting to damage confidence and investment plans. techUK members anticipated that their main challenges over the next 12 months would lie in accessing new talent and skilled workers (57%) and maintaining their current investment and growth plans (45%.)

A desire to economise

When we asked our members how their sales performance, headcount projections and investment plans compared to this time last year, all three had fallen. This implies that the current economic crisis has dampened demand for tech products and services after a recent period where many organisations were focusing on how to digitally transform their business operations.

As such, techUK members are changing their behaviour. Businesses are seeking ways to deal with inflationary pressures, taking a thorough look at their operations and implementing steps to increase efficiency and reduce costs.

While these might have short-term benefits, a longer focus on savings risks affecting business development, market positioning and employee productivity. Investing in training personnel to acquire new skillsets, which was previously a top three priority for companies, has now dropped down the rankings, with only 13% of members saying this is a priority for them over the next year.

Measures that could help UK tech companies in the coming year

It is fair to say that the government can play an important role in assisting the UK’s technology sector to oncoming economic storm.

When asked what action the government should take to help tech businesses manage the current crisis in the short term, members warmly welcomed the government’s support to cap energy costs for businesses. However, techUK members indicated that Whitehall could go further to help businesses by reducing the cost of doing business and investing: for example, by reducing some businesses taxes, such as corporation tax or business rates, or by creating incentives such as a tax credit to make it cheaper for companies to invest in new technology and the retraining of staff to increase their productivity.

As well as asking about short-term stabilisation mechanisms, we consulted our members on what measures they thought would improve the outlook for tech businesses in the long run. For the third time in a row, in our surveys members highlighted that increasing support for R&D and innovation (41%) would be the most helpful thing government could do to help the tech industry to expand.

Secondly, members wanted more support to access new talent and support retraining. techUK members have repeatedly pointed out that the sector’s progress has been hindered by the lack of access to skills and talent, with 35% of members saying that they need better access to overseas talent. Meanwhile, 29% said that better training and skills support would improve the tech sector’s outlook.

In addition, UK tech companies are in favour of seeing a more active role from government in fostering innovation through public procurement. Additionally, many of the firms surveyed pointed out that regulatory certainty is a key driver of demand and stability, and that contradictory regulations or differing approaches may occasionally frustrate growth plans. These concerns may stem from delays on key bits of legislation concerning data protection, online safety and competition policy, in addition to growing security requirements for telecoms providers and concerns over divergences in regulations between key markets.

What could the new prime minister do to get UK tech back on its feet?

If supported, the technology sector has a crucial part to play in helping turn around the UK’s economic slowdown. With the right support, the government’s own figures project UK tech companies could add an additional £41.5bn to the UK economy and create 678,000 new jobs, all by 2025. This will not just benefit the tech sector itself, but also encourage tech-led growth across the wider economy.

However, to get there, the new government needs to recognise both the new and longer-term challenges our sector faces and what is needed to get businesses growing again.

This means continuing support for companies facing rising energy bills, particularly telecoms providers and data centre operators who keep the internet running and ensure that businesses from all sectors and our public services remain online.

As well as taking immediate action on energy, the new PM must grasp the nettle that is our shortage of digital skills. This will mean ensuring UK tech businesses can recruit from abroad while at the same time reinvigorating our digital skills and retraining agenda, so that both in and out-of-formal education UK citizens can retrain for digitally skilled jobs easily and cheaply.

Finally, the government needs to identify the right incentives to boost business investment, particularly in R&D. This will mean maintaining the government’s current R&D budget and providing competitive tax incentives that encourage both domestic and international companies to invest in their R&D capacity in the UK.

Needless to say, the new prime minister will have a lot on their plate when they take office later this week. Even so, turning around this drop in confidence in the UK’s tech industry should be among their priorities. As a sector, we are one of this country’s modern economic success stories, and we can get back to growth if we receive the correct levels of support on energy, investment, skills and retraining. That can only happen, though, with decisive action from our next prime minister. 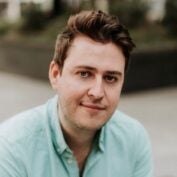 Associate Director for Policy at techUK
Websites in our network