In association with Microsoft 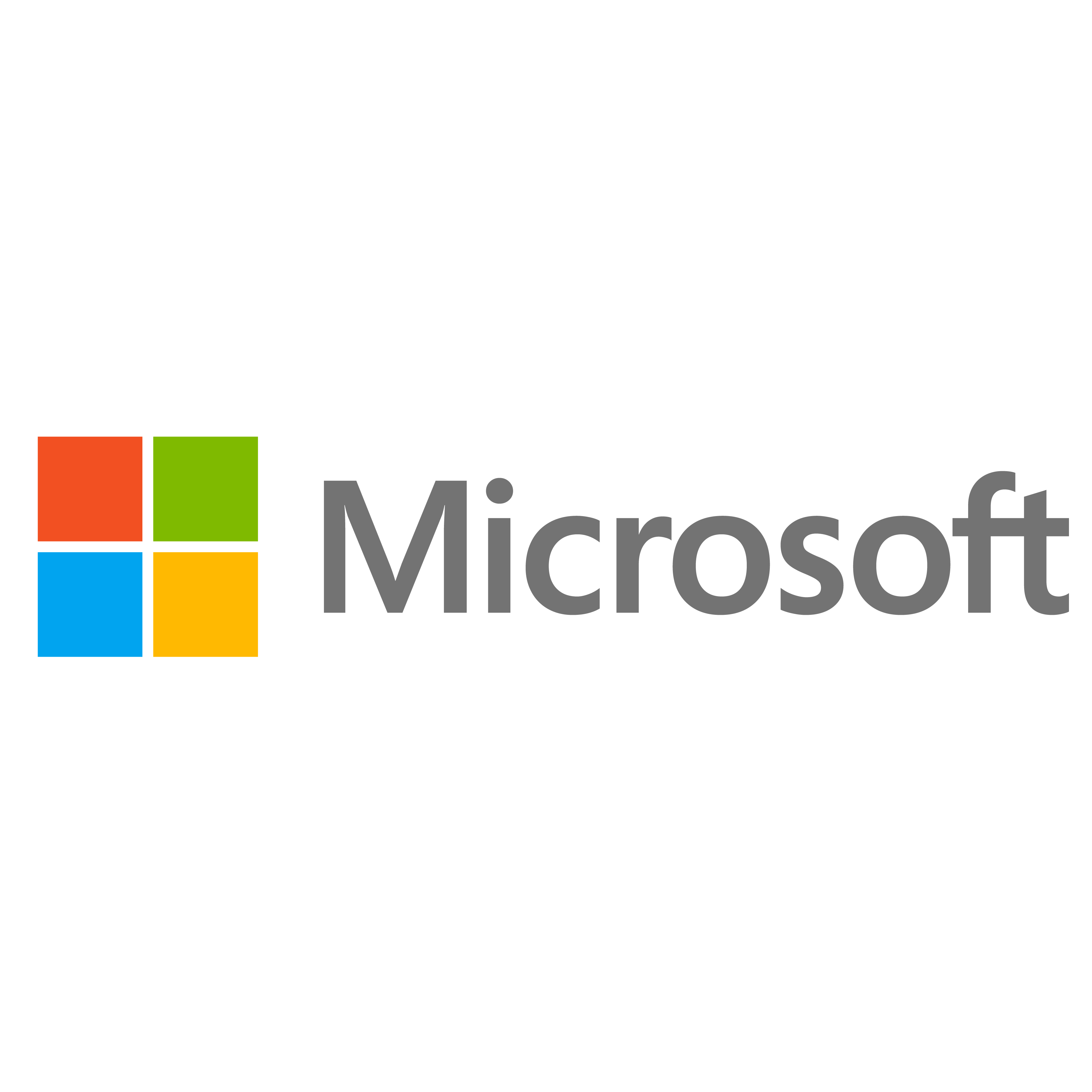 Traditionally not seen as a global leader on the path to net zero, the Middle East and Africa (MEA) is now emerging as a hotbed of innovation and intent when it comes to tackling the climate crisis.

The region is also becoming the cradle in which the vital next steps for adaptation and mitigation are crafted, with the 27th United Nations Climate Change Conference of the Parties (Cop27) held in Egypt’s Sharm El-Sheikh in November 2022, and Dubai hosting Cop28 towards the end of 2023.

With that in mind, an unprecedented focus is therefore falling upon MEA, with sustainability efforts across this incredibly economically, geographically and culturally diverse region under greater scrutiny than ever before.

Rather than shrink in the face of such attention, however, Sherif Tawfik, Microsoft’s chief sustainability officer (CSO) for the Middle East and Africa, believes events, attitudes and investment are coalescing to create what he describes as “a historic intersection of tremendous opportunity” – and the MEA region is ready to help lead the response to our climate crisis.

“In the Middle East, you have seen rising GDP and high population growth, but also significant government commitment and investment,” Tawfik explains. “Look at Saudi Vision 2030 or UAE 2030 – there is significant political will, an ability to execute, with the agility required to transform at speed.”

The economic picture in Africa – home to seven of the world’s ten countries that are most vulnerable to climate change – is somewhat different. However, there are also reasons to be optimistic.

Tawfik points to 60% of the world’s best solar resources being found on the continent, despite it only being responsible for 1% of global generation. Its vulnerability is also driving a desire to act. The CSO cites Madagascar and Benin as already being established as net-zero emitters. In 2021, the latter also became the first sub-Saharan sovereign to issue a sustainability bond.

For Tawfik, Cop27, where Microsoft served as a strategic principal sponsor, also marked something of a watershed. In his eyes, the event’s framing message, “Together for Implementation”, reflects a sentiment shift among governments and private enterprise. “I think what we’re seeing is a genuine desire to act,” he explains. “People want to move from pledges to progress. That’s also reflected in the early meetings we’ve been involved in for Cop28.

“At previous [Cop events], you’ve had the blue zone, where world governments are negotiating policy, and the green zone, where the private sector showcases technology. The question is finally being asked as to why we can’t bring those two worlds together. The focus is turning to implementation and execution.”

With commercial sector engagement pivotal in achieving net zero, one major advantage the Middle East has in accelerating the journey is the number of large corporates that are either partially or wholly state-owned. Tawfik points to the region’s largest businesses having a significant responsibility to drive progress, but also an obligation to fall into lockstep with government policy. “If the political will is there, that naturally cascades down into their operations and investments,” he says.

Of course, Microsoft is another corporate giant with incredible power to influence progress. This comes down to two main areas: its own operations – the company alone accounts for 0.03% of global emissions – and the pivotal role digital technology will play in empowering climate adaptation and mitigation.

On the first point, Tawfik is insistent on the need to “lead by example”. Microsoft has targeted being carbon negative across all scopes, water positive and zero waste by 2030. By 2050, the business plans to have mitigated all historic emissions since its inception in 1975.

Furthermore, there is a commitment to sharing the lessons learned from this journey across the markets and regions in which it operates, not least MEA. “Our mission statement is to empower every person and every organisation on the planet to achieve more,” the CSO explains. “‘Planet’ is the operative word there. For us to do well, the planet also has to be doing well. It is in our interest to up our own game and empower others to do the same.”

Much of that empowerment will be driven by emerging digital capabilities. Whether one is talking about state governments, large corporates, or nascent start-ups, all are in a race against time to better unlock the data capabilities and operational agility required to successfully combat the climate crisis.

The MEA region enjoys distinct advantages in this regard. Tawfik points to the region’s history of adopting digital transformation at speed – in the case of telecommunications, for example, bypassing entire phases of legacy infrastructure entirely.

Roughly half of Microsoft’s clients in the Middle East already have more than 50% of their workload in the cloud. The regional population is also becoming younger – Africa will account for 40% of worldwide youth by 2030 – meaning there will be a growing pool of digital natives to power this next phase of transition.

Asked whether there are any sectors in the region showing particular progress, Tawfik is adamant that all are engaged in driving transformation, though some are in a position to make a larger impact faster. The financial sector, for example, will be critical in delivering the required investment.

During Cop27, Microsoft announced an MoU with Nedbank, one of Africa’s largest financial services groups, focused on driving multiple programmes to amplify the UN’s Sustainable Development Goals through technological advancements and ease customer access to the growing green market ecosystem.

But such agreements are not restricted to large corporate players, as evidenced by two other partnerships announced at the event. The first is a collaboration with the Egyptian government to accelerate sustainability management through initiatives such as a Government Centre of Excellence for Emissions Accounting and Reporting (GEAR), extensive cloud training programmes, and the leveraging of AI in the country’s agriculture sector. The second involves working with weather and climate security start-up Tomorrow.io to provide a cloud-based climate adaptation and early warnings solution for African countries.

What these three announcements speak to is both the breadth of activity across the region and the variety of enterprises, industries and interest groups that must work together across the region to drive the transition.

It is not just about what is happening today, but also about preparing for what is to follow. The green economy is going to create new sectors, businesses and jobs, but it will also need to be underpinned by new talent.

Microsoft has invested extensively in incubating the next generation of businesses that will be critical in delivering climate solutions through its Microsoft GrowthX accelerator, with the UAE, in particular, becoming a hotbed of digital innovation.

Skills shortages, however, present a significant challenge. “Closing the Sustainability Skills Gap: Helping Businesses Move from Pledges to Progress”, a report published by Microsoft at the beginning of Cop27, found that green jobs grew at an annual rate of 8% between 2015 and 2021, while the talent pool grew at only 6%.

Without extensive training and reskilling, that gap will widen as the green economy grows at speed. Tawfik stresses the need to work with all age groups, from primary schools to regional universities, as well as targeting existing IT professionals and developers to prepare people for this transformation.

“Skilling has to be top of the agenda,” he says. “This must be approached in multiple ways and at multiple levels. We’re now seeing the gamification of climate change curriculums, for example – Minecraft education – involving a younger generation. We’re also partnering with Unesco to develop and deliver a curriculum for teacher training workshops, specifically targeting the global south. It has to be as diversified as much as possible because the diversity of talents required is huge.”

Indeed, many of those skills are likely not yet known. Tawfik laughs in recognition that even his job did not exist before July 2022. This is a space that is changing by the day, but it also boasts a dynamism and sense of ambition to which the CSO clearly thinks his region is uniquely suited.

“This is a tremendous, once-in-a-lifetime opportunity,” he enthuses. “The political and financial will is there, but so too are the people. Sustainability efforts are very fragmented and require a great deal of collaboration and innovation. It also requires sustainable digital transformation. We have a responsibility to advocate, educate and empower that shift.”

Topics in this article : sponsored
Websites in our network