With businesses large and small making commitments to cut their carbon usage in the move to net-zero emissions, the environmental impact of cloud computing is coming under growing scrutiny. This week cloud software company VMware became the latest vendor to call on its supply chain to move to net zero with the launch of its Zero Carbon Committed cloud partner initiative.

Companies that sign up to VMware’s scheme have to show they operate carbon-efficient data centres and commit to powering them entirely with renewable energy sources by 2030. Equinix, IBM and Microsoft have all joined the programme, along with leading European cloud operators OVHcloud and Atea. “It’s crucial we make significant progress on climate action as soon as possible,” said Joe Baguley, VP and CTO for the EMEA region at VMware. Cooling systems at data centres such as this use large amounts of energy. (Photo by WaitForLight/Shutterstock)

Data centres are said to be responsible for between 1-1.5% of global energy usage, with compute power and cooling systems sucking up large amounts of power. As a result, all the major cloud providers are keen to stress their green credentials. But businesses seeking to fulfil their own net-zero commitments must take a close look at their cloud providers to ensure that data and apps are being stored and operated in a truly environmentally friendly way.

How green are the public cloud providers?

The public cloud’s big three – AWS, Microsoft Azure and Google Cloud – all take slightly different approaches to cutting carbon emissions. Google says it has been net zero since 2017, although it still uses some fossil fuels to power its data centres. It achieved net-zero emissions through power purchase agreements (PPAs), in which it buys an equivalent amount of renewable energy to its fossil fuel consumption and sells it back to the grid at wholesale price. Google last month also released a tool which allows users to compare the environmental impact of different Google Cloud regions. 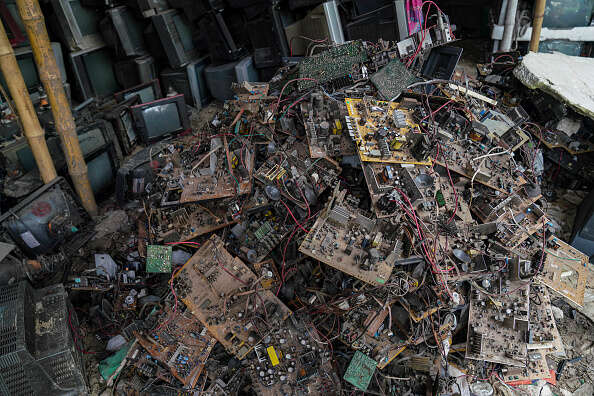 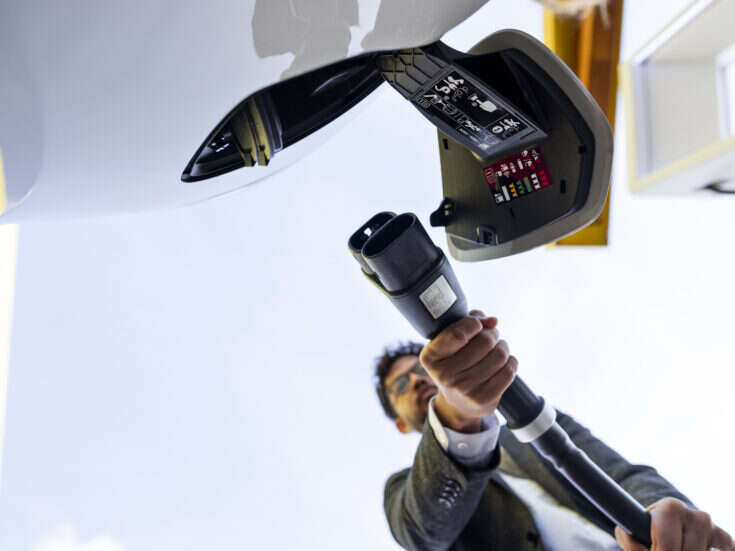 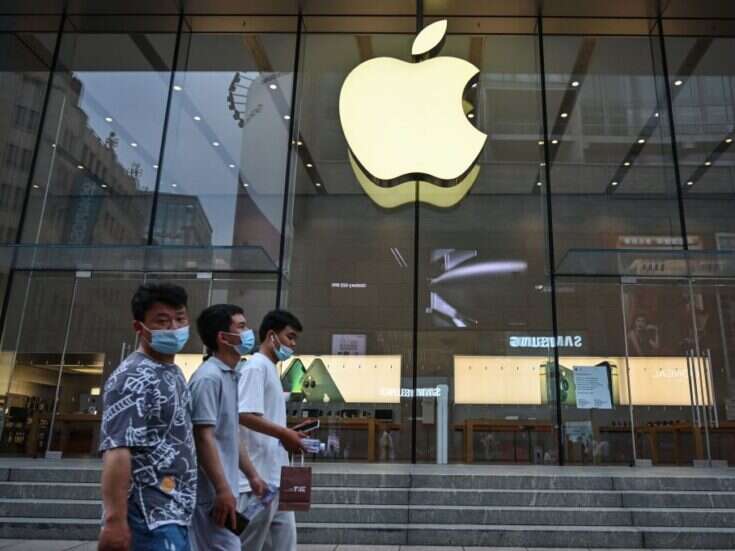 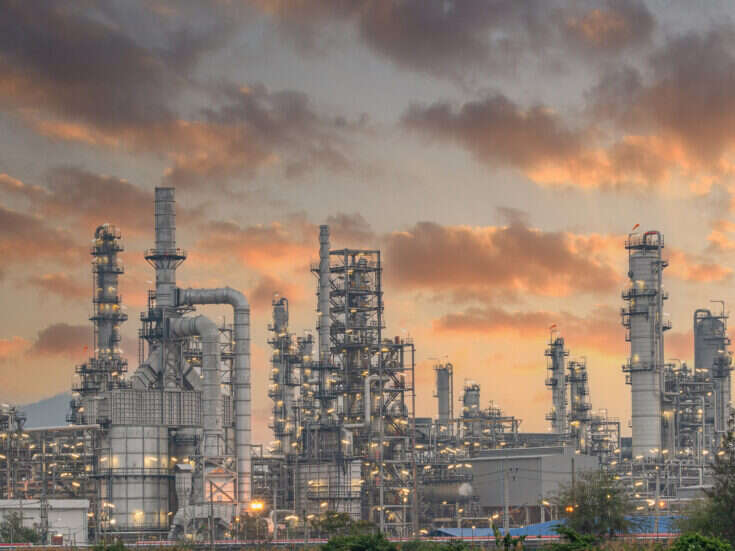 Microsoft says it hit net zero in its data centres in 2014, but also relies on offsetting through renewable energy certificates (RECs), a tradeable commodity which allows users to buy renewable energy to make up for the fossil fuels it burns. The company says it aims to have all its data centres running on 100% renewable energy by 2025. Users of its Azure cloud platform can keep track of their carbon usage via its sustainability calculator app, though it does not make this information publicly available.

🗺️ I built a tool to help pick a @GoogleCloud region based on its carbon footprint, price and latency.
Adjust 3 sliders, get a sorted list of regions:https://t.co/yMTEFmuzGU

The offsetting approach is not universally popular in the industry, says Oskar Almen, partner for energy and utilities at PA Consulting. “Theoretically you have a net-zero product,” he says. “But some of my clients in the data centre industry would argue the only way of being net zero truly is to prove that the source [of the energy] is net zero. To just buy a certificate is not making the world better.”

Almen says that AWS’s position as the dominant provider of internet infrastructure means its approach will have a big impact on other businesses seeking to move to net zero. “If you go online to buy a new pair of sneakers, it’s likely you’ll be going through an AWS-based application,” he says. “That means all the small ‘mom and pop’ online stores that are dependent on AWS will have difficulty becoming sustainable unless Amazon itself is sustainable.”

Do customers care about net-zero cloud?

John Godwin, director of compliance at UKCloud, which provides hybrid cloud solutions to the UK public sector, says businesses are beginning to set the green benefits cloud can offer over on-premise solutions. “There are many valid reasons for organisations to move legacy workloads to cloud environments, including flexibility, scalability and cost savings,” he says. “Not all sectors have fully understood the additional environmental benefits of cloud, such as reduced power consumption and lower carbon emissions, but it is visible that some have made that connection.”

Cloud providers are being driven towards net zero by global climate change targets and growing customer demand, adds Christian Miller, associate at Aurora energy research. “If you’re a university, for example, that’s choosing between Office365 and Gmail for your whole enterprise, you probably do care about this issue,” he says.

Google’s data shows that the region you choose to host your data and services can have a big impact on your carbon footprint in the cloud, with individual data centres producing widely varying amounts of CO2 per kWh of energy used. This is largely down to how the power system operates in different countries, the company says.

Miller believes clients are happy to pay more for low or zero-carbon cloud options, though price remains a key factor. “We are seeing people willing to pay a premium for green so they can choose a renewably powered data centre or one with lower carbon intensity, though that premium does have a cap,” he says.

How can companies implement a net-zero cloud strategy?

Godwin says “it is clear that not all cloud providers are the same” when it comes to net zero. “Some have been providing certified carbon-neutral cloud services for many years, whilst others have clearly communicated an intention to achieve net zero by a future date,” he says. “Potential customers need to understand these diverse positions, to ensure that their current workloads will benefit in the near future.”

A first step towards implementing a net-zero cloud strategy is to assess whether a provider has a demonstrable approach to minimising carbon emissions, Godwin says, “perhaps by their use of low-PUE data centres, energy-efficient cooling systems, and power-efficient compute and storage infrastructure.” PUE stands for power usage effectiveness and is a standard of data centre energy efficiency developed by the Green Grid Consortium. An ideal PUE score is 1.0, and Google says its data centres score an average of 1.11. Neither Microsoft nor Amazon publishes PUE scores for their data centres, but the global average score for the data centre industry is 1.59 according to research from the Uptime Institute.

Businesses should also ask cloud providers how they manage workloads, Godwin says. “Allowing resource-hungry services to remain running 24 hours a day, when perhaps they are only really needed for a few hours each working day, results in energy consumption and carbon emissions that could easily be avoided,” he says. “Close management and automation of cloud-based workloads will assist in managing their efficiencies.”

Emissions reporting by cloud providers is currently patchy, and PA Consulting’s Almen believes a natural step forward is to introduce compulsory auditing. “You have an auditing system for the automotive industry where you have to provide emissions reports and make yearly checks and follow-ups,” he says. “When that was introduced, the manufacturers really had to change, and now we’re moving into the electric vehicle age. My firm belief is you need some sort of regulatory or auditing body for [data centres] too.”

Whether it becomes a statutory requirement or not, UKCloud’s Godwin believes customer expectation will drive a need for even more detailed reporting from cloud providers, right down to the environmental impact of single apps and services. “They will need to have developed an infrastructure which allows the carbon footprint of an individual workload to be measured, such that the end customer has clear visibility of their own environmental impact,” he says.

Topics in this article: Net Zero