Popular encrypted messaging service WhatsApp has opened up an API for businesses that will allow them to run a WhatsApp Business API Client either on their own servers, or via Amazon Web Services – and will charge for commercial use, in a first attempt by owner Facebook to monetise the app.

The messages will cost between 0.5 cents to 9 cents (0.3p to 7p) a message, depending which country the user is in. They can be automated or written and sent manually. The service will allow businesses to send up to 15 messages per second.

A user must first consent to receive messages by opting into them via a third-party channel. This can be any channel a business uses to communicate with people today — website, app, email, SMS, retail location, etc.

“Since we launched the WhatsApp Business app people have told us that it’s quicker and easier to chat with a business than making a call or sending an e-mail,” the Facebook-owned messaging service said in a blog.

WhatsApp has more than one billion global users and the company said opening up the API will help businesses connect with customers at scale. WhatsApp users around the world send some 60 billion messages per day.

“The Business API Client supports a subset of the features provided by the WhatsApp applications you already know from Android, iOS, Web and other platforms including end-to-end encryption. The difference is that this application can be deployed on a server, providing a local API that allows you to programmatically send and receive messages and integrate this workflow with your own systems (CRMs, customer care, etc.)”, an explainer on the Facebook developer’s page clarifies.

WhatsApp will charge businesses for confirmed delivery; responses to customer-initiated messages will be free within the first 24 hours. 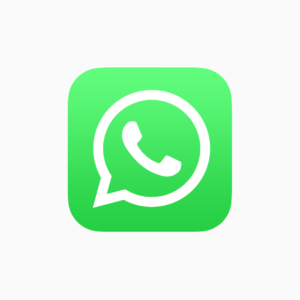 The step is a bid by owner Facebook to monetise the app, which currently has no revenue stream.

How Can I Run It?

The service runs on Docker and can be deployed on an in-house server via Docker Compose, or run through AWS.

Business users will also need to by open port 5222 for all outbound traffic, as the API client attempts to communicate using chatd over the port. If that is not possible owing to firewall reasons, it attempts to use port 443, owner Facebook said.