Amazon is offering one-hour grocery deliveries to certain locations in an extension of its tie-up with Morrisons.

The service, called ‘Morrisons at Amazon’, will be available to certain postcodes in London and Hertfordshire.

To be eligible for the deliveries, customers must have an Amazon Prime membership, usually priced at £79 but currently at £59 for the year.

Morrisons wholesale supply through Amazon, AmazonFresh, Amazon Pantry and Amazon Prime Now, launched in June and has since been extended to thousands of Morrisons products. 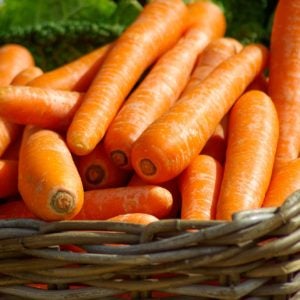 Morrisons expects the bundle to contribute to profits while being “capital-light”.

The tie-up between online retail and physical supermarkets is a popular one; for example, online customers of John Lewis can collect products from Waitrose supermarkets.

However, the online grocery delivery market has hitherto been dominated by dedicated retailers in the space such as Ocado, which saw its shares plunge upon the news, or online services from retailers such as Sainsbury’s or Tesco.

The service will make the Amazon Prime bundle, which offers music, fast delivery of online orders and video services, more attractive to consumers. It should also make the Morrisons brand more visible.

The two companies have previously collaborated on other initiatives.

In September a partnership between the two saw Amazon collection lockers being installed in physical stores around the country. Customers that use the lockers receive an electronic communication with a unique code, which they use to open the locker and retrieve the delivery. These lockers allow customers to collect deliveries from third-party collection points.

Amazon gained a valuable new delivery channel to customers, adding to the over 1000 Amazon Lockers worldwide at locations such as petrol forecourts, convenience stores and train stations. For Morrisons, which aims to add “popular and useful services” in its stores, it furthered the chain’s aim to make the stores into hubs.