Price comparison website, Moneysupermarket has been fined a huge sum of £80,000 for sending over seven million spam emails to customers who had opted out of receiving marketing emails.

The UK’s Information Commissioners Office (ICO) investigated the case and found that the company had sent 7.1 million emails in the space of 10 days last year, from November 30th to 10th December 2016, to customers that had requested not to be contacted via email. 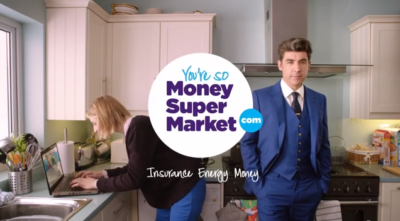 The emails sent included information relating to changes to terms and conditions of the Moneysupermarket site.

According to the ICO, all emails contained a section which state: “We hold an email address for you which means we could be sending you personalised news, products and promotions.

“You’ve told us in the past you prefer not to receive these. If you’d like to reconsider, simply click the following link to start receiving our emails.”

The company has therefore broken the law by continually sending direct marketing emails after customers have already requested to opt of receiving them, according to the ICO.

In a statement Steve Eckersley, Head of Enforcement, ICO said: “Organisations can’t get around the law by sending direct marketing dressed up as legitimate updates.

“When people opt out of direct marketing, organisations must stop sending it, no questions asked, until such time as the consumer gives their consent. They don’t get a chance to persuade people to change their minds.”

Upon investigation, it was found that out of the seven million emails sent exactly 6,788,496 were successfully received.

Eckersley said: “Emails sent by companies under the guise of ‘customer service’, checking of seeking their consent, is a circumvention of the rules and is unacceptable. We will continue to take action against companies that choose to ignore the rules.”

Just last month, the ICO gave grocery supermarket Morrisons a fine of £10,500 for a similar case which saw the company send a chain of over 200,000 emails to customers that had also previously opted out.