Over the six years the Government Digital Service (GDS) has been in service it has had three different directors, multiple knock backs and criticism of its delivery from the National Audit Office and the public.

It brings the public to wonder what went so wrong that GDS didn’t turn out how it planned to be, and why the turnover of directors has been so quick compared to the starting out of the program.

CBR takes looks to when the strategy was first implemented to see what was meant to happen and why things didn’t exactly go to plan.

2011 was the year GDS was announced and formally created. The programs purpose; to enable the Government to transform to a digital platform to better equip its users with the easiest way of carrying out simple tasks like their taxes or passport applications.

During its first official year delivering services to the public, the GDS was allocated a £37m budget from the Government.

The top priority for the GDS in 2012 was to transform 25 government services by March 2015, including the Gov.uk website for a more easily navigated and accessible system for users. From 25 government targeted services, only 15 were completed and delivered to the public, either officially or as a trial. The remaining 10 cost more than the ROI, failing to be cost effective or beneficial to the government, according to NAO. 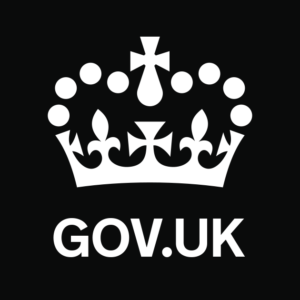 By 2012, GDS moved forward within its plans to create a single-domain website for all government information and services, with the citizen-facing side placed into public beta. User needs would fuel the beta stage. Although DirectGov was still the go-to webpage for the time being, Gov.uk was launched later in 2012.

It wasn’t all bad for Bracken; GDS launched ‘register to vote’ on Gov.uk, also compatible with smartphones and tablets was successfully launch, achieving one of their 25 digital targets.

Trouble came in the latter years of Bracken’s time as director. GDS was faced with complaints from suppliers, leading to a redesign of the framework after only achieving £16.4m in spending of the allocated £37m target. Users complained that digital services from the Government were only available for single users, stopping engaging a team together using the system. Thus, Tony Singleton, director of the digital commercial programme at GDS, said a new framework would be created to fulfil customer needs.

Misallocated funding was a likely cause for the lack of priorities achieved, as found in the 2013/14 annual NAO report about 2012/13 financial year and targets.

The report said: “In many cases, GDS did not calculate savings correctly in accordance with the guidance and method. In some cases, not all relevant costs were included.”

The middle of August 2015 led to Bracken’s departure, when he left GDS to become chief digital officer at the Cooperative group.

Next in line: Stephen Foreshew-Cain. After already working in the organisation since April 2014 as GDS COO, he stepped up to become the Director as plans seemed to be falling apart in 2015.

Between 2015/16 the budget was raised to £96m. After five years, Foreshew-Cain finally got Gov Verify up and running, creating a singular trusted login for citizens using government digital services where users can access services such as tax and driving licence information.

As rumours floated around that the Government as looking to dismiss the GDS all together, by senior civil servants at the Department for Work and Pensions (DWP), HM Revenue & Customs (HMRC), according to Computer World,, just a year into directing, GDS saw Foreshew-Cain flee.

A NAO report regarding the status and productivity of GDS Amyas More, head of NAO, said: “Digital transformation has a mixed track record across government. It has not yet provided a level of change that will allow government to further reduce costs while still meeting people’s needs.

“To achieve value for money and support transformation across government, GDS needs to be clear about its role and strike a balance between robust assurance and a more consultative approach.”

NAO outlined during 2011-2015 GDS “has not sustained its framework of standards and guidance.”

Once again, GDS was criticised for not reaching targets – a common theme among the strategy, resulting in lack of digital services being launched for the public and criticism from businesses and the government bodies.

After a huge investment of £450m from then Chancellor George Osborne, distributed over four years, the aim for GDS was to utilise the funds and help achieve its current goals; business transformation, growing right people skills and culture and make better use of data and shared platforms.

NAO doubted the success of the targets in their March report, suggesting without further detail into how it will be carried out “it is difficult to assess the strategy’s impact or the likelihood of success.”

NAO made recommendations for GDS on how to successfully delivery the new strategic goals. These included; working with the rest of the government to establish common principles to balance priorities and ensure consistent monitoring on performance and spending.

The Institute for Government published a report earlier in June this year, criticising GDS for a delayed response to the £450m investment back into the strategy and deliver services effectively GDS and said: “The delivery of services for the public has been slower than ever. And departments resent interference and resist new ways of working. Much remains to be done if the manifesto commitments are to be met and the opportunities of the digital age seized.”

A growing, irreversible problem for GDS it how rapidly the rest of the technology world is innovating and benefitting l businesses to become advantaged and in the digital age to benefit the public. With the lack of services being delivered by GDS, promise after promise to achieve targets, it’s no wonder businesses are getting annoyed.

Consistently failing to meet targets, fulfil demand and move with the digital age of technology has severely cost GDS their trust from businesses and individual users. New targets have been made, alongside sufficient funding to help boost the speed of delivery at a similar rate to individual businesses to benefit the needs of the UK population.