Santiago Marco knows from personal experience that wastewater treatment plants make for unpredictable neighbours. Living just two kilometres from such a facility has taught him that distance and the best of modern technology don’t always combine to prevent bad smells from wafting into his apartment. “It’s often the case that you open the windows and then, suddenly, you close them,” says Marco, a professor of electronic instrumentation at the University of Barcelona.

Facility managers themselves are well aware of this problem. At such sites, testing is regularly conducted to find out if and where bad odours are escaping with the goal of shutting down leaks quickly. Even so, that process – which involves facility staff walking to the location where the smell is coming from and using plastic bags to capture air samples for later analysis by dynamical olfactometers in a nearby lab – is slow and expensive.

Fortunately for the thousands of residents living within smelling distance of Barcelona’s wastewater plants, testing may soon become an automated affair. Last year, Marco led a study that used ‘e-noses’ mounted on drones to compile a heat map of different odours around a local treatment facility. By passing the air over a chemical sensor, a machine learning algorithm was able to discern not only what the smell was likely to be, but its overall concentration.

This innovative scanning solution could have the potential to help all kinds of treatment sites.  “Malodours have a huge impact on the well-being of residents surrounding these types of facilities,” Marco says. As population densities continue to grow around the world, more people are likely to be living near treatment sites, increasing the need to map and shut off leaks of this nature. Should the problem persist, the disruption to operations can see costs for facility managers – and, to that extent, local governments – begin to rocket. 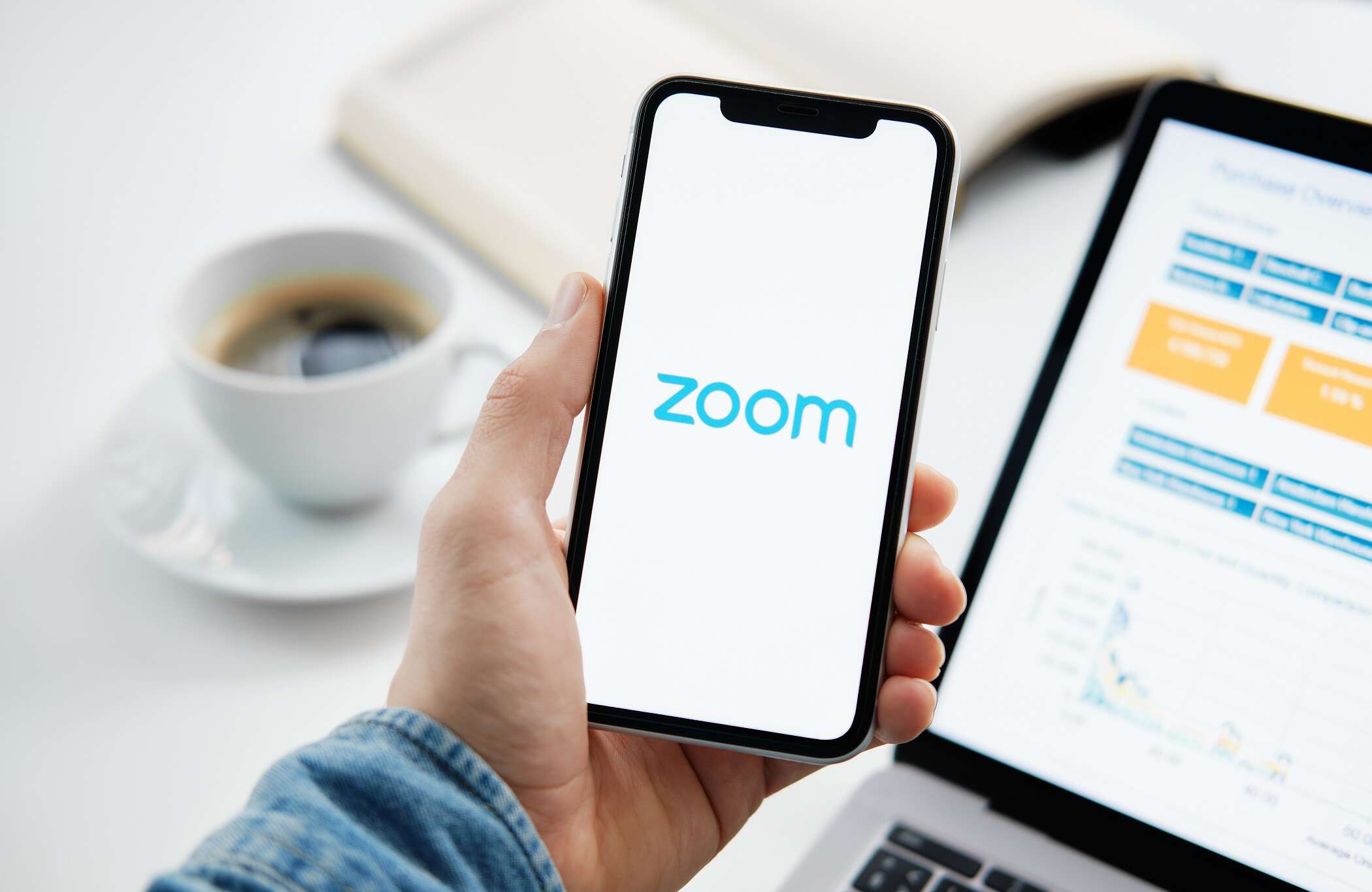 This isn’t a problem unique to wastewater plants. Bad smells portend a whole host of concerns about food spoilage, chemical leakages and product integrity across a wide range of sectors. As such, interest in similar AI-powered olfactory systems has exploded in recent years. Food and beverage companies, for example, are finding uses for e-noses in detecting the tell-tale odours of their products going off, while ports like Rotterdam in the Netherlands are using similar systems to detect oil and chemical leaks from container vessels. Artificial olfaction is even finding uses in standardising the so-called ‘new car smell’ of a new vehicle – and eliminating nasty odours that might prevent a sale.

More exciting, though, is the potential of AI-powered olfactory systems in revolutionising medical diagnoses. Recent years have seen an avalanche of papers investigating the olfactory properties of everything from Parkinson’s Disease to certain types of cancer, with Nasa even building an e-nose capable of detecting Covid-19. However, understandable concerns persist among researchers about the efficacy of these systems outside the lab, and the extent to which these AI-powered olfactory sensors are capable of operating as well on factory assembly lines and inside busy hospitals as they do in the laboratory.

The notion that our sense of smell can be automated is nothing new. “This idea that we can mimic olfaction using conventional technical means is already around 40 years old,” says Marco, enjoying a brief renaissance after the physiological basis for smell was discovered in the 1990s. Even so, gaps in our understanding about how the nearly 400 olfactory receptors in the nose communicate with the brain has restrained artificial smelling technology from the giddy heights reached by computer vision and speech recognition.

Perhaps unsurprisingly, current chemical sensing for artificial olfaction is “totally different from the olfactory receptors that are the basis of biological function,” says Marco. And while these instruments are less sensitive than human noses, the integration of machine learning in the field has succeeded in allowing e-noses to sniff out hundreds of different smells – enough to make them commercially viable on large scale.

As such, more start-ups are training AI algorithms to identify new and diverse scents, in a bid to counter the spread of malodours and improve customer experiences across multiple sectors. This includes the French firm Aryballe, whose NeOse olfactory system can be found everywhere from food assembly lines and breweries to detect spoiling products, as well as in recycling plants, where the e-nose can be used to discern different types of plastics labelled for reuse.

Aryballe’s NeOse works by using machine learning to quantify the chemical reactions between Volatile Organic Compounds (identifying gases given off by solids and liquids) and proprietary peptides. A proprietary silicon chip analyses aspects of the reaction and maps that data onto a scatter chart, which it uses to compare the new odour against others in a database. The machine learning algorithms inside the NeOse can then make a judgement about what the smell is and its intensity relative to a baseline.

Interest from the automotive industry in its e-nose has been especially strong, explains chief executive Terri Jordan, with Hyundai recently investing some €1.16m into Aryballe. That mysterious ‘new car smell,’ after all, can go a long way in convincing potential customers to buy a new vehicle. “They would love to install those in autonomous vehicles and take the human out of the equation,” says Jordan. Car rental companies are also keen on taking the NeOse and using it to automatically identify malodours before the next customer hops in for a drive.

Another potential application area for e-noses lies in healthcare. Proceeding from the long history in medicine of associating malodour with infection, multiple studies have found that medical conditions which trigger metabolic changes in the body also lead to the emitting of unique VOCs that remain imperceptible to the human nose but can readily be detected by animals with keener senses of smell (hence why dogs can sniff out certain forms of cancer.) Interest in this field of study has grown markedly since the pandemic, explains Mangilal Agarwal, an engineering professor from the Indiana-Purdue University, with clinicians eager to use diagnostic tools that reduce unnecessary contact with patients.

“The non-invasiveness of [such] systems is very exciting,” explains Agarwal, who has recently helped investigate how artificial olfaction might improve the detection of Covid-19. Another way artificial olfaction could help is by monitoring the efficacy of treatment. “Our recent breast cancer study shows that…we can monitor tumour reduction over time [by detecting] VOCs that are expressed in urine,” says Agarwal. Using an e-nose in this respect, explains the engineer, is a far more expedient and personalised way of monitoring a patient’s recovery than current testing methods like CAT scans, ultrasounds, or even exploratory surgery.

One key area of concern, however, lies in the efficacy of these AI-powered olfactory systems across diverse clinical environments. While it’s certainly logical to think such sensors would be able to detect the presence of certain diseases, many of the breakthroughs that have been made are reliant on small sample sizes in sterile laboratories. “One thing is to have a paper published where you have been studying 50 patients from a particular hospital,” says Marco. It’s an entirely different proposition, says the researcher, for such an instrument to be used at the point of care.

This touches on a much wider challenge facing the development of artificial olfaction: how to ensure that these systems work just as well in the outside world, or nestled inside cars, fridges or factory assembly lines, as they do in the lab. A big barrier to releasing these systems into the marketplace, argues Marco, is the stability of the chemical sensors inside e-noses, which just aren’t as reliable as their natural equivalents. “Not only are they not sufficiently stable,” he explains, but “even if you buy two identical sensors from the same vendor, they do not behave in exactly the same way. And then you need to do individual calibrations.”

It’s one of the reasons, says the professor, why it’s been so practically difficult to demonstrate the transferability of lessons learned at the wastewater plant outside Barcelona to similar facilities throughout Spain. It’s also left Marco sceptical about artificial olfactory solutions capable of functioning in exactly the same way across entire supply chains. “I think that the whole community should be really honest [about] the claims they make to the public or to the media about the status of their technology,” he says.

For her part, Jordan claims Aryballe’s NeOse is durable enough to withstand prolonged use, performing 20,000 measurements of a single VOC “with no noticeable degradation of the sensor performance.” Just like any other lab instrument, however, calibrating the e-nose for specific use cases is necessary to ensure peak performance. “Also, as with any machine learning technology, the device can only recall what it has learned, and VOCs will be impacted by the temperature and humidity of the environment.”

Agarwal agrees that some form of adaptive capability is essential for e-noses to work on a wide scale, particularly in medical contexts. In that respect, building in capability for AI systems to adapt to specific clinical environments as well as particular conditions may be key. “It can be made more personalised, but I don’t think it can be made more generalised,” says Agarwal.

The sensitivity of e-noses may also be improved by more closely replicating biological olfaction, says Marco. New research suggests that building deep learning networks that closely resemble the neural pathways that parse smell in the human brain may be the key to artificial olfactory nirvana.

“In recent years, the presence of neuromorphic chips like Loihi by Intel has opened up new ways to try to run neural network models,” says Marco. “If we could combine these electronic noses based on olfactory receptors with some biomimetics of how computation is done in our brains, this is an exciting way to keep advancing in this area.”

Much of this research, however, remains in its very early stages, and the companies that are experimenting with using biosensors similar in composition to biological olfactory receptors are, says Marco, “still struggling with problems of stability and reproducibility.”

The same can be said of artificial olfaction. While breakthroughs seem to be announced every week about new applications for e-noses across industry and healthcare, we’re still a long way from replicating the sensitivity of their natural equivalents. “We are on a continuous path of improvement, but this is very incremental,” says Marco. As such, it may be some time yet before machines can routinely smell the roses.